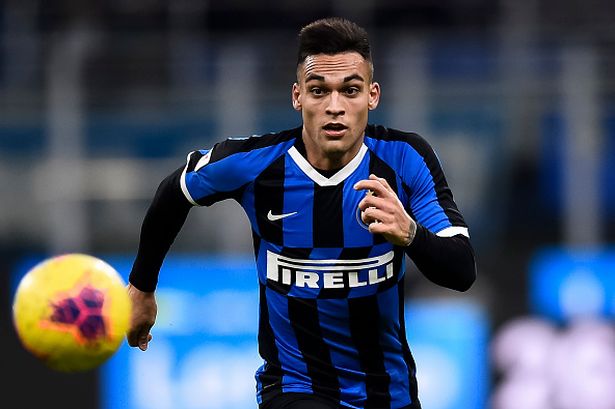 Italian giants Inter Milan are still firmly in the mix to win their first Serie A title since 2010.

They sit in second place, just three points behind defending champions Juventus, and boast the best defensive record in the division having conceded just eighteen goals in their 22 league matches.

Highlights from this season include a 2-0 victory over fierce city rivals AC Milan back in September and an important win against fellow title challengers Lazio the following week, with Danilo D’Ambrosio’s first-half goal sealing all three points for Inter.

However, their side, managed by former Chelsea boss Antonio Conte, is full of unlikely lads, with a host of former Premier League players among their ranks.

Starsport takes a look at the English top-flight exports who have helped fire Inter into a Scudetto scrap with Juventus. 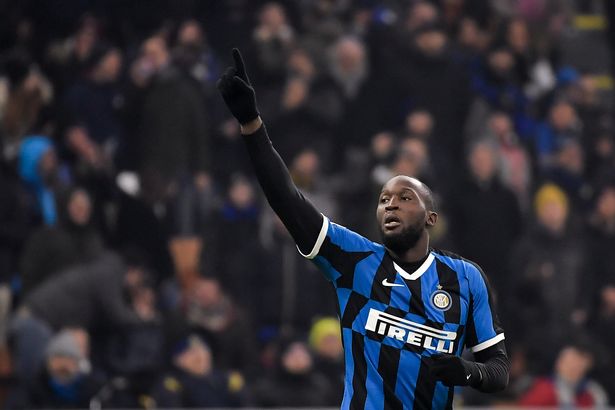 Lukaku’s form since leaving Manchester United for Italy has been excellent.

He has scored 20 times for Inter in all competitions this campaign and grabbed four assists, putting him third on the league’s top scorer list behind only mercurial Portuguese forward Cristiano Ronaldo and Lazio sensation Ciro Immobile.

The Belgian enjoyed varying success levels during his time in the Premier League, beginning at Chelsea after signing from Anderlecht, but he only made fifteen appearances for the club without scoring.

Exciting spells with West Bromwich Albion and then Everton were followed by a mixed period at United.

Lukaku amassed 42 goals in 96 appearances for the 20-time Premier League champions but never fully won over the club’s supporters before he left last summer for a reported £59 million fee. 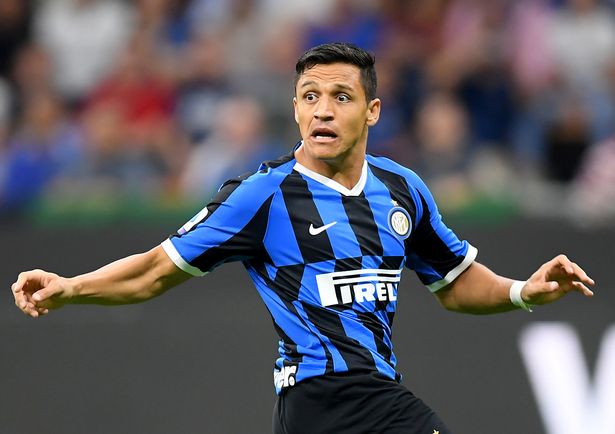 The Chilean forward was adored at Arsenal, but his move to Manchester United marked the beginning of the end of his Premier League career after failing miserably to live up to expectations.

Sanchez only managed five goals in 45 appearances for the Red Devils and was shipped out on loan to Inter at the beginning of this season to free up a portion of Ole Gunnar Solskjaer’s wage bill.

Having made a splash in Serie A earlier in his career with Udinese, Conte will have been hoping for a similar showing from the 31-year-old on his return to the Italian top flight.

Unfortunately injury has plagued his season so far with Sanchez only making ten appearances in all competitions.

Despite his limited involvement he has shown flashes of quality on a number of occasions, assisting the opener in the Nerazzurri’s Champions League group stage clash with Barcelona.

He also netted during September’s 3-1 win at Sampdoria and set up Romelu Lukaku’s second goal in last weekend’s win against former club Udinese. 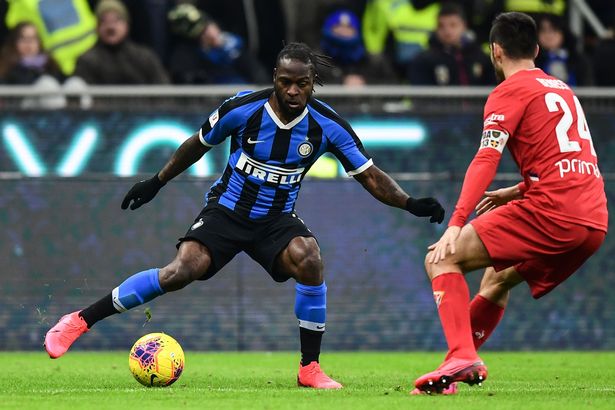 Moses gained a reputation as a journeyman during his time in England’s top flight.

He was signed by Chelsea in 2010, with the Blues paying Wigan Athletic around £10m for his services before loan spells at Liverpool, Stoke City and West Ham United prepared him for the first team at Stamford Bridge.

He was a key part of Conte’s title-winning Chelsea side in 2017 and lifted the FA Cup the following season.

Moses reunited with the Italian manager last month after joining Inter on loan, playing 99 minutes in a blue and black shirt since his arrival.

His two appearances to date came in last weekend’s victory against Udinese, where he played 83 minutes, and a Coppa Italia cameo from the bench against Fiorentina at the end of January. 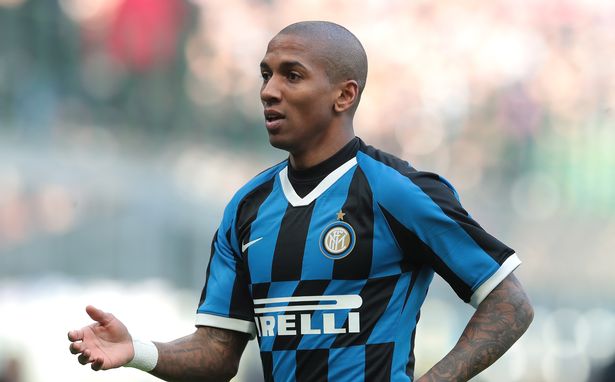 Veteran full back Young also made the switch to Italy in January, penning an eighteen-month deal with the Nerazzurri as Manchester United received a nominal fee of around £1.3m for his services.

His career in the Premier League was long and successful, having established himself at Watford before earning an £11.9m move to Aston Villa in 2007.

The 34-year-old made 190 appearances for the Birmingham-based outfit where he mostly played on the wing.

He then joined United in 2011 and spent almost nine years at Old Trafford before rejecting the offer of a new deal last month to move to Inter.

He has only played three times for his new side but provided an assist within the first half hour of his debut against sixth-placed Cagliari, finding the head of Lautaro Martinez with a cross from out wide. 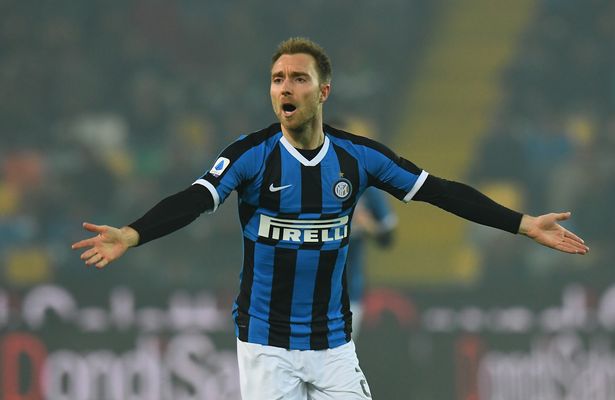 Inter paid around £18m for the Dane’s services and will be hoping he can carry over his form for Spurs as they look to hunt down Juventus and reclaim the Italian crown.

He made 97 goal contributions in 305 games for Tottenham, earning a reputation as one of the Premier League’s most feared attacking midfielders during his time there.

Eriksen is also closing in on 100 appearances for his national side with five caps left to go.

He has played just 82 minutes for the Nerazzurri since joining, making his debut from the bench against Fiorentina in January while he was substituted within an hour in his first start for Inter in their win at Udinese last week. 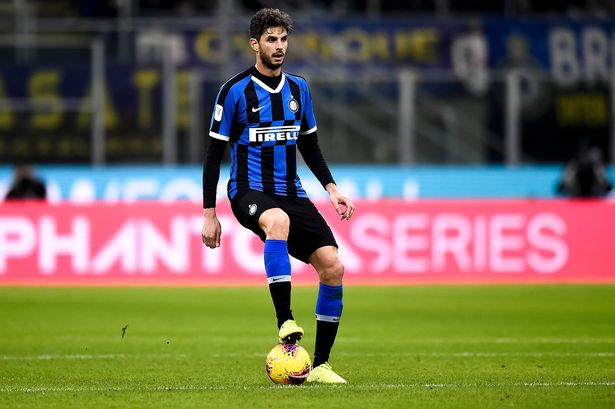 Ranocchia might be familiar to English football fans as an entirely forgettable loan addition to the Hull City side that were relegated under Marco Silva in 2017.

He made sixteen appearances for the Tigers during his spell in the Premier League, scoring on two occasions in matches against West Ham and Manchester City.

The Assisi-born defender’s error in City’s 4-0 defeat at Crystal Palace that season led to the first goal of the afternoon from Wilfried Zaha, with the club’s relegation confirmed at full-time.

He also played the full 90 minutes in Hull’s final game of the season as they said goodbye to the Premier League with a whimper, on the recieving end of a 7-1 drubbing at the hands of Tottenham.

This season he has played twice for Inter, starting the first two games of the season.

Since then he has been forced to make do with a spot on Antonio Conte’s bench as an unused substitute. 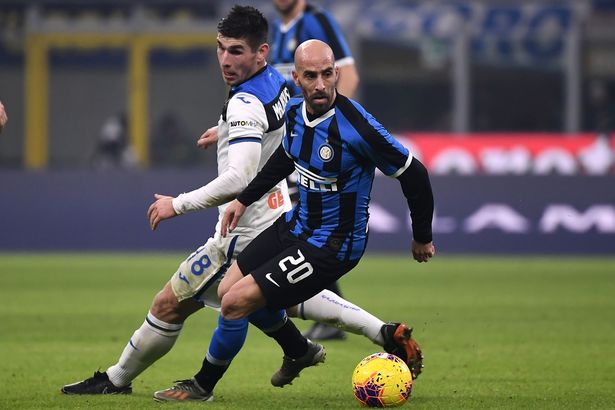 35-year-old Valero made 30 appearances in England’s top flight for West Bromwich Albion during their 2008/2009 campaign.

The central midfielder arrived at The Hawthorns as the club’s record signing but failed to score a single goal in the Premier League, leaving first on loan and then permanently to Villareal in his native Spain.

It was here that Valero experienced Champions League football and won his only cap for the Spanish national team before signing for Fiorentina in 2012.

He joined Inter in 2017 and has made 88 appearances for the club, scoring four times.

The Spaniard has been named in Conte’s squad for every match this season bar one due to injury, taking to the field nine times overall.

His only goal of the campaign came against former side Fiorentina in a 1-1 draw with La Viola.