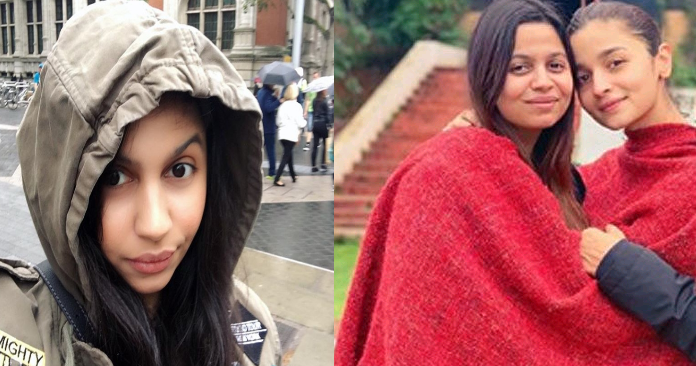 Bollywood celebrities live a public life, and people are quite aware of everything about their favorite star, right from their choices of favorite food to what they are up to today. Family members of celebrities generally prefer staying away from media, but some people have some inspiring story to tell, and so they come forward in media to tell their story. One such inspirational personality is Shaheen Bhatt, Alia Bhatt’s elder sister. Here are some lesser-known facts about Shaheen Bhatt.

Shaheen is Alia Bhatt’s older sister, Mahesh Bhatt and Soni Razdan’s daughter. She came into limelight when she opened up about her struggle with depression and published a book about it.

Ms. Bhatt is the author of the book “I’ve Never Been (Un) Happier,” where she has described various incidents of her life fighting with depression. Her book published in 2018 and received praise on social media.

You would be surprised to know that apart from being an author, she is also a filmmaker. She completed her film-editing and making course in London. The course trains students to edit videos and footage that is used for different video content like films, documentaries, and advertisements.

Worked as An Assistant Director In Bollywood

The film is the third installment of Raaz series starring Esha Gupta, Bipasha Basu, and Emraan Hashmi in the lead. Raaz 3 is a horror-thriller directed by Vikram Bhatt and produced by Mahesh Bhatt and Mukesh Bhatt.

She Made Her Father Leave Alcohol

Shaheen revealed in an interview that her father used to drink alcohol regularly but quit after a few days of her birth due to an incident. She said, “My father stopped drinking just days after I was born. He lifted me into his arms one evening, and I immediately turned my face away from his, repelled by the smell of alcohol on his breath. This rejection from his child was too much for him to bear, and he never touched alcohol again.”

At an event, Alia broke down and said she was sorry
for not understanding her sister’s depression struggle.

Talking about Shaheen, Alia said that despite living with her for her entire life (26 years), she got to know about what her sister was going through only after reading her book. She said, “I felt terrible as a sister. I didn’t put myself out there enough to understand her.”

What do you think about Shaheen Bhatt and her story?
Do let us know in the comments section. Stay tuned with us for the latest
Bollywood news, updates, videos, and much more.