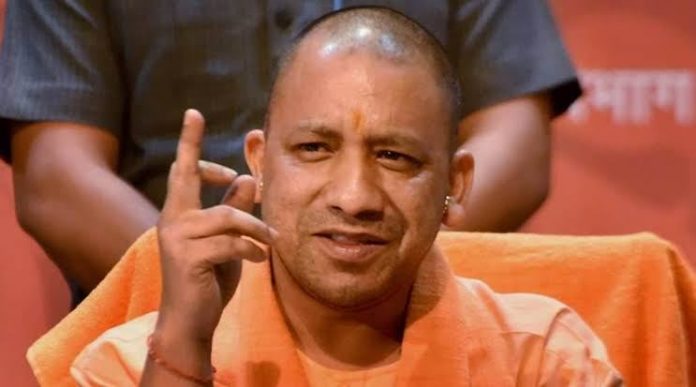 The Uttar Pradesh Police has been alerted by Intelligence agencies about a possible terror attack on Chief Minister Yogi Adityanath during his visit to Gorakhnath temple in Gorakhpur.

As reported by the wire agency IANS, the attacker may possibly enter in the guise of a journalist. Yogi Adityanath maintains distance from journalists everywhere, but he’s easily accessible to media in Gorakhpur. He also organizes Janata darbar and meets local people on his visit to Gorakhnath Temple in Gorakhpur.

“Through our officials, we got oral information that security agencies have issued an alert regarding attack on the chief minister. CM Yogi Adityanath is not under threat from any journalist, but unwanted elements in the guise of journalists,” an officer in Gorakhpur said.

Following the alert, the security has been tightened in and around Gorakhnath Temple. The Gorakhpur police are preparing fresh photo identity cards of local journalists for proper scrutiny of their credentials.

In the month of January, 5 members of Islamic fundamentalist organization Popular Front of India were arrested by UP police planning to disrupt Yogi Adityanath’s visit to Kanpur while protesting against CAA.

UP CM Yogi Adityanath is known for his straight forward speeches. He campaigned for BJP in the Delhi assembly elections mainly targetting Aam Aadmi Party, Congress, and the Anti-CAA protestors in Shaheen Bagh. In a public rally, Yogi had given a furious speech mentioning that his government does not feed biryani to terrorists, it was congress’s ritual to do so.

In an interview to BBC, after they termed the Anti-CAA protestors as the descendants of those who stayed back in India during partition, Yogi had affirmed, “They hadn’t done any favour. They hadn’t done any favour to India. When India was partitioned, it should have been opposed. Arguments in favour of India must be supported. Those which are against India must be opposed. This is what our nationalism says and it is also the duty of every Indian citizen.”