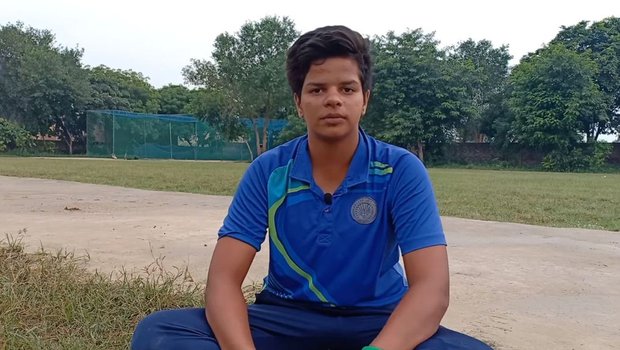 New Delhi: It is every Indian cricketers – young, old and middle-aged – both men and women to meet the iconic Sachin Tendulkar. Well the Indian women cricket team’s youngest member Shafali Verma was no exception to this rule. However, for most the aspiration and dream remains unfulfilled. But not for Shafali, she fulfilled her childhood dream when she met her idol Sachin Tendulkar in Australia.

“The reason I took up this game was because of Sachin sir. My whole family has not just idolised but literally worshipped him. Today is a special day for me that I got to meet my childhood hero. It was a dream come true for me,” Shafali wrote.

Last November, Shafali had broken Tendulkar’s long-standing record when she became the youngest Indian to slam a half century in international cricket – a belligerent 49-ball 73 against the West Indies.

Shafali will be in action at the 2020 ICC Women’s T20 World Cup as a Harmanpreet Kaur-led team India launch their bid for a first world title.

It should be stated here that Tendulkar has been in Australia for the last couple of days. He took part in a charity game Sunday, a match that was organised for the bushfire victims in Australia.

The Indian batsman also batted for a while – his first appearance on the field since his retirement in 2013. Tendulkar faced six balls bowled by Australia’s Women’s Cricketer of the Year in 2019, Ellyse Perry, and promptly hit the first ball for a boundary.