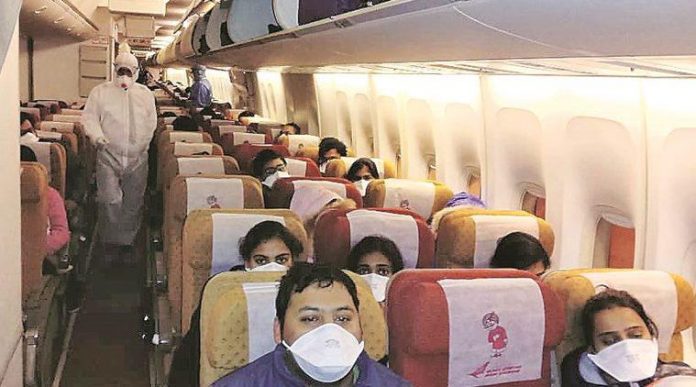 New Delhi: All 645 Indians evacuated from China’s Wuhan city, who were lodged at the quarantine facilities set up by the Army and Indo Tibetan Border Police (ITBP) in and around Delhi, have tested negative for coronavirus, the Union Health Ministry said Thursday.

India has so far reported three confirmed cases of nCoV from Kerala. Three medical students studying at the Wuhan University, all natives of Kerala, who returned to India on their own recently and self-reported at a hospital in the state have tested positive for the respiratory virus.

“All 645 evacuees from Wuhan, China have tested negative for novel coronavirus,” the ministry said. “Samples of all these individuals will be re-tested on day 14 of the quarantine period,” the ministry added.

Besides, 557 samples from suspected cases throughout the country were referred to ICMR network laboratories, out of which 510 tested negative and three were confirmed laboratory positive for nCoV. The rest of the samples are under the process, the Health Ministry added.

As part of India’s preparedness, passengers arriving from Thailand and Singapore, besides China and Hong Kong, are being screened for possible exposure to nCoV at all the 21 airports.

In a separate development, the Ministry of External Affairs said Thursday that apart from the Indians evacuated from the coronavirus-hit Hubei province in China, 10 other Indians who wanted to return were unable to do so as they could not clear the health screening.

“We are in touch with Chinese authorities (about) the 10 people who could not travel back. Specifically, we sought their assistance to monitor the health of these nationals. We are in regular contact with them and we are exploring all possible options to ensure their safety and their well being,” Kumar said.

Apart from these 10 people, there are several Indians in Hubei province who chose to stay back.