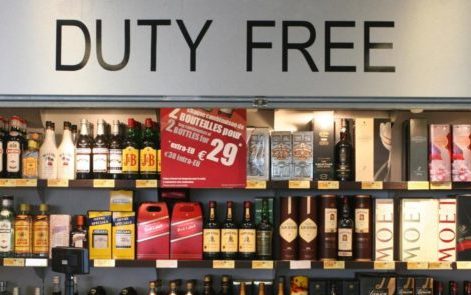 Real estate opportunity for Indian airport operators is projected to be USD 1.6 billion (about Rs 11,350 crore) by 2030, global property consultancy Knight Frank said in its report on transit retail.

“The total opportunity for airport retail to be approximately USD 9.3 billion by 2030 from its current estimated market size of USD 1.4 billion in 2019,” it said.

Duty-free retail, which is about 50 per cent of the total retail opportunity at USD 0.7 billion currently, is expected to grow to USD 2 billion during this period, it stated.

Duty-free revenue for Bengaluru airport stands in the range of USD 5-6 per passenger, it said.

Duty-free zones in airports like Singapore’s Changi, London’s Heathrow and Dubai airport have become destinations in themselves with their per passenger spend for duty-free products as high as USD 34 for Changi and USD 20 for Paris and Dubai airports, the report said.

The share of non-aeronautical revenue for Delhi, Mumbai and Bengaluru airport for 2019 financial year stood at 70 per cent, 54 per cent and 49 per cent, respectively, the report said.

For the airports managed by the Airports Authority of India, the share of non-aeronautical revenue stood at 13 per cent.

Revenue from retail concessions at Delhi airport stands at USD 109 million followed by Mumbai airport with USD 84 million and Bengaluru with USD 26 million.

“Today non-aeronautical revenue has become a very vital component to measure an airport’s health and success. The rise in the number of global travel passengers and the changing demographics are bringing a paradigm shift in how retail and food and beverage offerings are viewed at an airport,” Knight Frank India Chairman and Managing Director Shishir Baijal said.

Airports are no longer mere transit hubs, but are emerging as retail destinations catering to the well heeled consumer, and so the retail offering at the airport is slowly mirroring the offering of a city centre, he added.

According to the report, in case of key markets of Mumbai and Delhi, airport retail development garners revenue 2.4 times and 2 times that of successful malls in these markets, while it stands at 0.9 times in Bengaluru.

While these are the present-day dynamics of some of the transit-oriented and city-centric developments, with the right focus and retail infrastructure development, these benchmarks have a very strong upside potential, Knight Frank said.