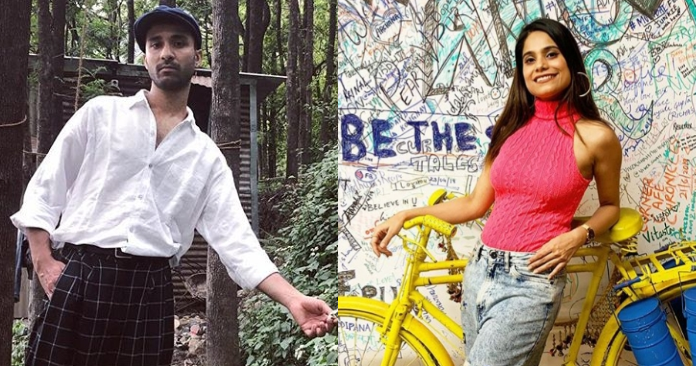 Hey Readers! Welcome Back to Desi Humor. India is a land of culture and talents. And maybe that’s the reason various networks come up with immensely entertaining reality shows to enrich the budding talent and present them to the public. Reality shows not only provides a fair chance to its contestants but also helps them gain money and fame.

Where some people think only the person who takes away the trophy is a winner, there are stars who proved a materialistic appreciation is never necessary to define talents. Yes, we are talking about our very own celebrities who lost in a reality show but won in real life.

It’s hard to find a person who hasn’t yet felt the emotions behind this very soulful voice. Arijit today is loved by millions. His songs directly hit our emotions and soothe the chaos of our minds. Who would dare to call Arijit a ‘loser’? But just to let you know, Arijit participated in a famous reality show Gurukul. Despite his incredible talents, he was eliminated at some stage and couldn’t be one among the top 5.This all about his dedication towards the stream that he has achieved everything that his voice deserved.

Neha smashed the records book by being the first-ever musician to win the extremely rare Instagram Award. She is a musician with highest number of followers on Instagram. Tune in to any popular song today and there’s an 80% chance you’ll end up hearing Neha Kakkar. She is seen one among the judging committee in Indian Idol but how many of us know she was eliminated from the same show years back? Neha was a participant in Indian Idol season 2.

The very famous actor and musician Ayushmaan Khurrana is a winner of MTV Roadies season 2, but we were talking about people who lost, right? Before roadies, Ayushmaan participated in a singing reality show on channel V named Popstars. The show and channel are both gone but Ayushmaan is here. Smashing all the hurdles and creating new milestones. Not only in music, but he also raised the bars and has set new standards in the field of acting.

The voice behind very soulful ‘Moh Moh ke dhaage’. Monali has brought home Filmfare award and National award for best playback singer (female) but failed to bring home the ‘Indian Idol’ title after her participation in its second season. Monali was born to a very popular Bengali singer Shakti Thakur. She is now seen as a judge in various singing reality shows.

He participated in a singing reality show brought by Honey Singh. He made it to the finale but could not take the trophy. He then worked on his albums and is a self-made star today. He is especially popular among teenagers.

Who is unknown to this very popular choreographer? And who would believe he lost a dance show? Dharmesh participated in Dance India Dance season 2 but lost the title to Shakti Mohan. When Shakti is performing quite well in the industry, Dharmesh is no less. He made his foray in Bollywood with ABCD- Anybody can dance and took up its sequel later.

The very famous Puneet Pathak was also a participant in Dance India Dance. The trophy was never an issue to him, he kept on working and did wonders in his stream.

Raghav is seen hosting Dance + these days. He introduced us to his form of dance – slow motion. And his walk has been popular since then. Raghav was eliminated just before the finale. But his hard work never stopped and that’s the reason he has got these hights in the industry. ‘

Remember the voice behind the famous wedding track ‘Pallo Latke’? Jyotica participated in a reality show ‘The Voice’ but couldn’t stay for long. She didn’t give up and tried her luck in saregamapa unfortunately, she didn’t win there too. But then, when she came into the industry, she was extremely proud of herself and her song worked more like a wedding anthem. Jyotica was seen as a mentor in a singing reality show.

The tattooed girl Gurbani aka Bani J is a very famous Vj. She started her career with roadies 2 but couldn’t win the show. Yet she won all the respect and love for herself. She was recently a part of a web series ‘Four More Shots Please’ on Amazon Prime.

Shoutout to the tickles in your tummy caused by this man. He has worked in many comedy movies and also did numerous shows. He took up the laughter challenge but failed to take home the trophy.

Who dares to call one among the very famous duo Vishal-Shekhar a loser? No one? Cause his talent had shut all our mouths. Shekhar lost saregamapa in the year 1997.