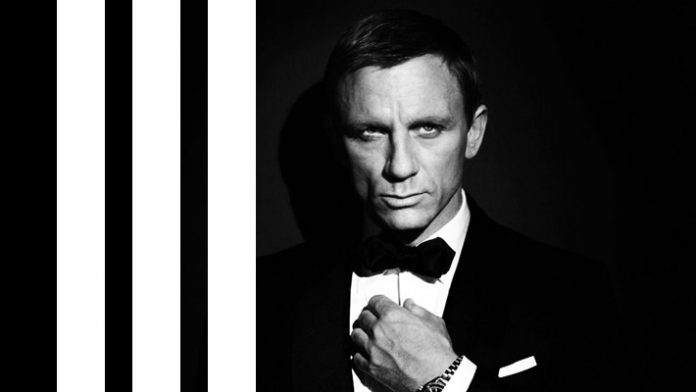 The final Daniel Craig led James Bond film, No Time To Die, is set to hit theaters in a few months. Meanwhile, Adidas has been teasing that they’re planning on doing a special iteration of their UltraBOOST sneaker to honor Bond’s 25th theatrical outing since late last year. Now, thanks to sneakerhead Instagram account, Yankee Kicks, we have some idea what the shoes look like. And while they don’t necessarily seem like something 007 would rock, they’re still pretty fire as far as branded sneaker collaborations go.

The Adidas UltraBOOST x 007 “No Time To Die” utilizes the latest Adidas UltraBOOST 20 silhouette and features a sleek spy-inspired triple-black Primeknit upper, a matching Three-Stripes mid-foot cage, silver embroidery along the forefoot and a carbon fiber-like detailing at the heel. They’re expertly detailed, elegant, and pretty much look like they could be cast as the next James Bond themselves, so long as the next James Bond is… you know, a shoe.

At the heel is some 007 branding and the tongue features the famous gun-barrel motif that introduces each film. The shoe sits atop a gem speckled BOOST midsole and a matching continental rubber outsole. The only thing missing at this point to make this feel James Bond-y are hidden gadgets. Unfortunately, the sneaker has none of those.

Check out the full detailed look on the Yankeekicks Instagram and expect the sneaker to drop sometime in April ahead of No Time To Die‘s release on April 2nd in the UK and April 10th in the US.