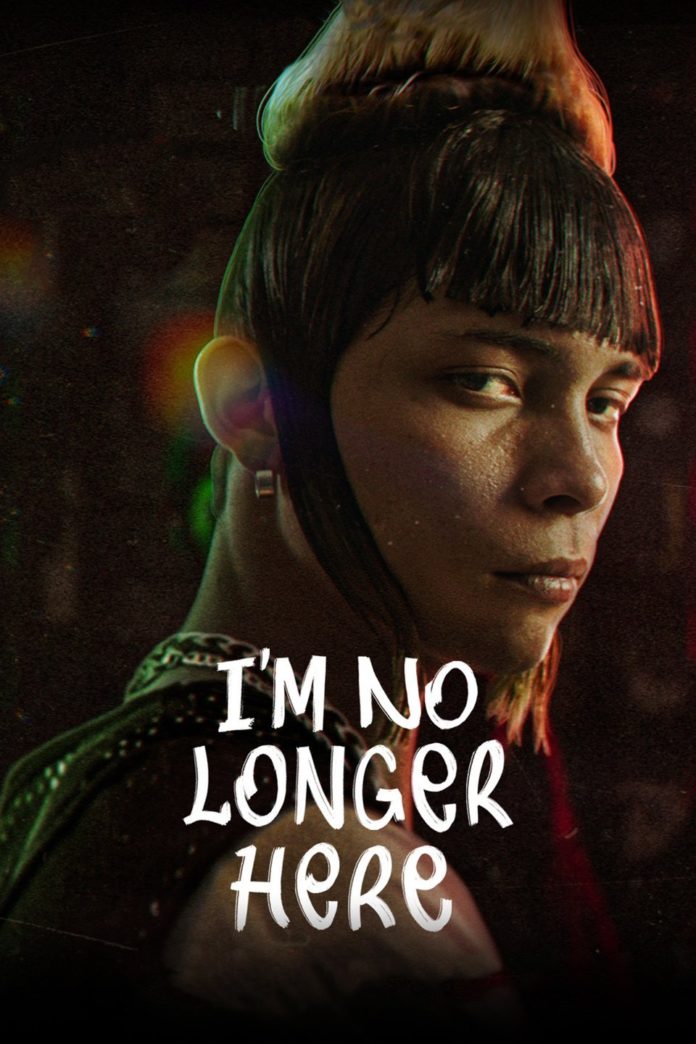 While watching I’m No Longer Here not once will it dawn upon you that the film is director Fernando Frias de la Parra’s second outing. The film is so well crafted with emotions dwelling in every scene. Many people across the globe will be able to identify with the sentiment being put across. I’m No Longer Here has many underlying themes that are subtly dealt with. The thin line that differentiates these controversial topics is never crossed yet it brings out the right emotion in the viewer. I’m No Longer Here sees poverty, immigration, displacement, identity crisis and politics on a global scale. Using this framework, I’m No Longer Here delves into the harsh realities of a young boy who just wants to dance.

Ulises (Juan Daniel Garcia Trevino) is a 17 year old boy who has spent all his life in a village near Monterrey in Mexico. He resides in a small house along with his mother and two younger siblings. A carefree teenager, Ulises days pass by as he spends his time with his group of friends who call themselves the Terkos. Ulises is the unspoken leader of the group.

They aren’t upto no good rather they devote their time to cumbia, their own version of music which is a blend of slowed-down pop and traditional rhymes. One look at Ulises and you know he is something different, the crazy hairstyle and the baggy clothes can’t go unnoticed.

The Terkos spend their time on the street, the place they call home; they do spinning routines and dance their hearts out. Content with their dance form and style of living. Their village has no form of entertainment like the big cities and this seems to be the best they’ve got.

The Terkos are all about their music and dance but that does not go for other gangs in the village. The others indulge in violence and at times killings. To Ulises bad luck he encounters one such gang killing. A innocent young boy finds himself at the wrong place at the worst time. To save his life and the life of his family he has to leave the country or bear the brunt of what he witnessed. The family moves to the big city, New York. With a rucksack in hand that has as good as no contents and absolutely no knowledge of English, Ulises faces displacement and identity crisis.

When we draw parallels between the two sides to Ulises character, we see that back in his village he was confident in his own environment. It reflected on his face. But in New York, he is one among millions. Lost without any ability to communicate with people. He struggles as he is condemned for his dressing sense and different dance style. Ulises sobers down and isn’t himself anymore.

But the beauty of Ulises is in his nuances. These are brought forward by Trevino so well. He says little maybe because of the language barrier or that he absorbs more quietly. He knows his true self, he refuses to let go of who he was back home. His cultural identity plays a massive role in his formation.

Due to his inability to communicate he is treated as an outsider and with great suspicion. Some even consider him to be a fool while others chose to ignore him completely. The fact that he is different doesn’t dawn upon them but they consider his difference to be unacceptable to what they deem as normal. The only person who takes the effort to talk to him is Lin (Angelina Chen).

I’m No Longer Here could have been a tragedy and could have shown the downfall of Ulises post his displacement. But not is De la Parra has anything to do with it. Ulises is strong headed and believes in his identity. He has his lows where shifts through variations but that doesn’t change his core.

De la Parra is exceptional and is filmmaking is fresh. The storytelling technique is marvelous and doesn’t bore even though it deals with political themes. There are a variety of elements which need to be explored in the film which makes it a more than one time watch.