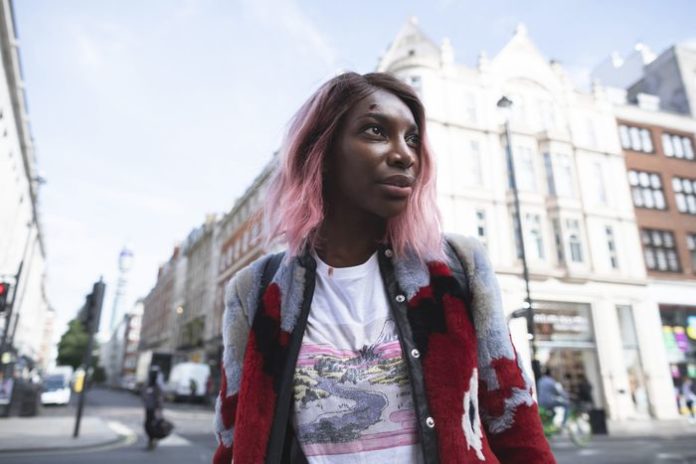 ‘I May Destroy You’ aims to be a gripping thriller with a intriguing plot over the events that happen on a particular night. The plot has been revisited umpteen numbers of times and ‘I May Destroy You’ destroys the whole point of the thriller game with the writer Michaela Coel’s script.

‘I May Destroy You’ Season Premiere Ending Explained

‘I May Destroy You’ Season 1 Episode 1 is titled ‘Eyes Eyes Eyes Eyes’ and starts of the character introduction of Arabella played by Coel. Arabella is fighting against a ticking timer to complete her upcoming book but she makes a surprising decision to pay a visit to her Italian boyfriend, Biagio played by Marouane Zotti. Calling Biagio her boyfriend seems odd considering the aspect that they do not have a conclusive relationship in place. After a forgettable experience of parting ways with Biagio who throws away her baggage, Arabella’s life now revolves around her friends Terry and Kwame who help her move on.

Arabella meets her friends at the bar and misses her deadlines for her book. Arabella’s night of thrills begins as she loses her senses, becomes unsteady. The events of the night are inconclusive and Arabella fights a horrible migraine. Arabella tries to put the pieces back together of her sexual assault from the night when she remembers a very few things.

The game is set with the introduction on the main character’s life and her life in the plush condo in London. With a slow and steady Season premiere, ‘I May Destroy You’ has a lot to expect from. ‘I May Destroy You’ will not revolve around the mundane concept of sexual harassment and will leave the audience answer quite a few questions just like the first episode. We never know as yet if the night’s events will have prolonging consequences. Coel was thoughtful to put in a reminder but Arabella ignores it. Though Arabella’s decision was not abnormal, did she pay the price like not many others would’ve. The night was dark but the plot looks promising if there are any unexpected twists on the way with ‘I May Destroy You’.

While slow at first, I May Destroy You begins where it needs to. Not only does the show introduces the lead character, involving the audience in her romantic disappointment, her bountiful group of friends, and work schedule, it also starts at the point where many survivors of sexual assault might revisit, replaying the events of the day leading up to the moment where things go terribly awry. Was there something they shouldn’t have done, some drink they shouldn’t have drunk? Coel is smart to include those moments where Arabella ignores her phone’s reminder and keeps drinking. It’s a decision any one of us might and possibly already have made countless times before. The hours leading up to her assault are just like any other, but it’s how she handles the hours, days, and possibly the weeks after that will build to define I May Destroy You.

How to Watch I May Destroy You?