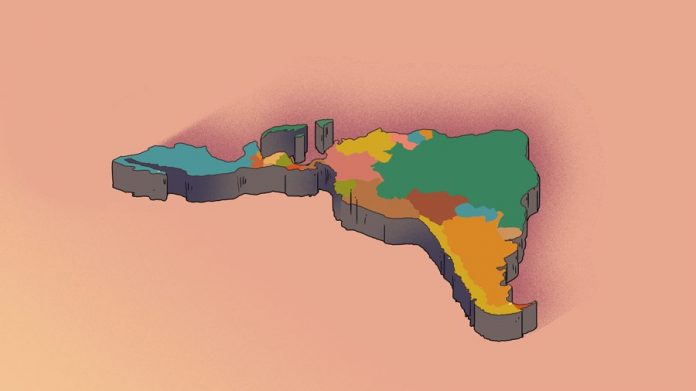 Local and foreign investors injected record-breaking levels of venture capital into Latin America last year, far exceeding the $2 billion invested in 2018. With capital more readily available, the latest generation of startups in Latin America no longer face the same difficulties as their predecessors when it comes to expanding across the region and beyond. And while many Latin American startups still jump at the chance to enter the U.S. market, there’s a growing trend of looking beyond the U.S. for new opportunities to tap into technical talent and scale.

Beyond the language and cultural similarities, support from the Spanish government, an increase in capital and several new startup initiatives are helping Latin American entrepreneurs build relationships with local investors, partners and tech talent. We take a look at some of those initiatives and address why more Latin American startups are choosing Spain as their European base.

Spain invests heavily in Latin America and has always been essential for building relations between Latin America and Europe. Over the past few years, Spain led talks for the EU-Mercosur, EU-México and EU-Chile agreements. Argentina, Brazil, Chile, Mexico, Colombia and Peru have the most significant commercial ties to Spain, with trade between Spain and the latter two countries rising rapidly. Investments in Latin America’s tech sector seem to follow a similar pattern, and Spanish VCs have begun to increase their activity in the region.

Spain’s Seaya Ventures and Banco Sabadell (InnoCells), for example, have invested in startups such as Bewe, a platform that helps beauty and wellness businesses streamline their operations; financial platform Coru (formerly CompraGuru.com); and consumer payments platform UnoDosTres. Spanish telecommunications giant Telefónica operates two programs that invest in startups: the Telefónica Open Innovation and Wayra, a global accelerator program with a presence in 12 countries across Europe and Latin America.

“Wayra has supported us since 2014, helping us understand and enter the Spanish market,” said Matteo Cera, CEO of Hogaru, a platform that provides cleaning services and facility management to small and medium-sized businesses in Colombia. The company also has plans to expand into three cities in Spain.

In 2016, the Spanish government program, ICEX-Invest, launched Rising Startup Spain, an initiative designed to attract international talent and innovative business models to Spain, and position the country as a European hub for technology and innovation. The program offers foreign entrepreneurs an expedited visa, free workspace in Madrid or Barcelona, mentoring and a €10,000 ($11,053) grant. Many Latin American startups have been selected for the program.

“The Rising Startup Spain program provides a soft landing for startups, and there is a lot of support for Latin American startups to enter the Spanish market,” Cera said.

The Spanish government also passed a law to attract foreign talent and investment, which includes a visa for foreign entrepreneurs requiring little more than a business plan and enough money to support themselves in order to stay in the country.

“The government provided a landing program for us and introduced us to investors and potential partners from local organizations and universities,” Gonzalez Ruzo added.

Some entrepreneurs are taking it into their own hands to strengthen the bonds between the Latin American and Spanish startup ecosystems. For example, the Spanish-Argentine Association of Entrepreneurs was formed in 2018 to provide Spanish and Argentine talent with advisory services and to identify opportunities for collaboration between the countries.

Another Argentine program, Acelerar España, helps companies expand to Spain and Europe. For Iantech, developers of the Prisma application which helps retailers increase their margins, establishing a presence in Spain was the logical next step. According to Lucas Gorganchian, CEO of Inatech, Acelerar España helped the company uncover business opportunities in Madrid and other regions of Spain faster, introduced them to potential investors and partners, and ultimately helped it be closer to its clients.

Latin American startups are attracted to the strong tech talent in Spain. According to data from 2018, Spain is the country in Europe with the sixth-highest number of digital profiles. Barcelona is home to more than 72,500 developers, ranking it No. 2 in the top 30 European cities with the greatest number of developers. Hiring tech talent in Spain is not much more expensive than it is in Latin America’s startup hubs, and it is still one of the cheapest options among European tech hubs. Living expenses are a fraction of what entrepreneurs would pay to live and operate in cities like London or Paris.

Barcelona is arguably the most active startup hub in Spain and has been ranked as the fifth-largest European startup hub for the past four years. The city also ranks third on the list of cities where founders would most prefer to launch their companies. All of these qualities create a unique hiring advantage for Latin American startups. For instance, it’s far easier to find native English, French or German sales and customer support teams in Spain than it is in Latin America.

“When we were researching locations to set up offices in Europe, we realized that Spain had two important cities [Madrid and Barcelona] in terms of investment, entrepreneurial activity and government initiatives,” said Ruzo. “We felt there was a stronger startup ecosystem and more resources in these two cities combined than in other European countries where startup activity is centralized in one city, such as in Paris or Berlin.”

For many Latin American startups that have struggled to launch in the U.S., or have already saturated the Americas and wish to continue scaling, Europe is the next logical step. An increasing number of Latin American startups are selecting Spanish cities as their European headquarters, including Argentina’s Satellogic, Brandtrack and VU Security, Colombia’s Platzi, Brazil’s Creditas and Mexico’s Pulpomatic. And with startup support and access to growth-stage capital improving in Latin America, it’s likely that Spain will increasingly be on the receiving end of the next wave of entrepreneurs from the region who aspire to expand into new markets.