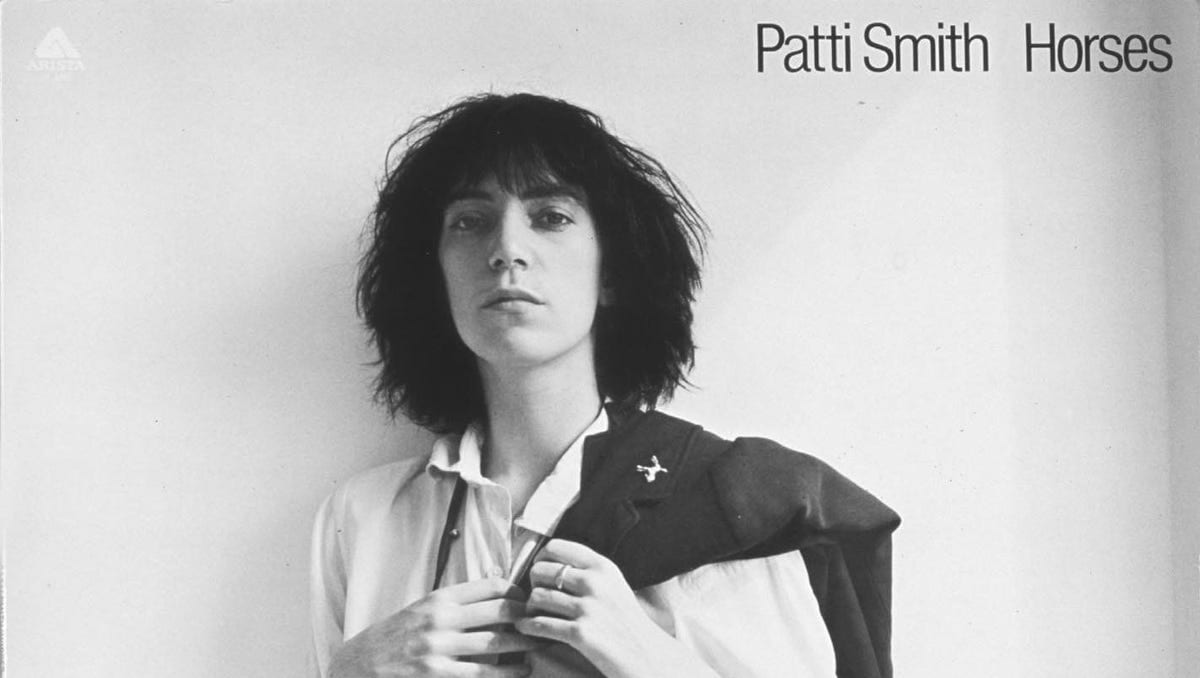 The birth of punk music is generally rooted in garages, where bands like the Kingsmen unleashed a raucous and distorted rendition of “Louie Louie,” birthing garage rock and planting the seeds for what we now know as punk rock.

Further antecedents such as MC5, the Stooges, and even the first two releases by the Velvet Underground were seen as incremental in the birthing of a genre that is as much reactionary in a lyrical sense as it is in a musical one.

And while she isn’t completely ignored, it wouldn’t be a stretch to say that Patti Smith’s name is one that fails to garner enough play when we discuss the archetype for a punk rocker.

Her poetry, which she pursued before delving into music, reflects the influence of Beat poetry from the likes of Jack Kerouac and William S. Burroughs, a literary movement that permeated on breaking away from societal norms.

This, an ethos of anarchy is one that fuels punk music to this very day.

What makes Horses such a landmark release in the scheme of punk music, and why Patti Smith is as adored as she is comes down to this exact thing.

Context is something I preach, and when discussing Smith and her music, particularly around this time, we need to take into account regionality and why that matters.

New York in the early-mid 1970s was a city personified by adversity.

Drugs ran rampant, crime permeated the air, with the Son of Sam nearing his entry into the public eye, homelessness was at a high, and yet, musically, the city was flourishing.

The mid-late 1960s gave us the Velvet Underground, a band that, as mentioned, were incremental in punk’s conception. John Cale, the group’s bass guitarist, keyboardist, and viola player, in fact, produced Horses and was a major influence on the album’s direction.

Fast forward to around the time where Smith begins to musically blossom, the scene in Manhattan was seeing a rise in artists such as the Ramones, Television, Richard Hell, and Blondie were planning their auditory assault on public ears, playing their shows at the now cultural cornerstone, CBGB’s.

There, too, saw the earliest musical musings of Patti Smith, who, along with the likes of former fellow music journalist Lenny Kaye on guitar, drummer and creative consultant Jay Dee Daugherty, Ivan Kral, and Richard Sohl, would craft the album the tore the protopunk-band aid off and signified the true birth of punk rock.

Opening track “Gloria”, which is half-an-original with the other half being a punk’ed out interpretation of the classic Van Morrison-authored Them track, is Smith’s mission statement.

While early groups such as the Sex Pistols showed their disdain for dinosaur rock groups such as Pink Floyd and Led Zeppelin, Smith asserted punk’s all-encompassing nature.

What we would see a group like Television masterfully execute two years later on their seminal release Marquee Moon was already done, in large part, by Smith on Horses.

Bands such as The Clash, who formed less than a year following the record’s release, owe their ability to incorporate genres such as reggae, jazz, and rock into their punk rock formula to tracks such as “Redondo Beach,” a chilled-out piece of reggae filled with angst-ridden lyrics of heartbreak that would come to define punk as it ventured further into pop territory.

“Land,” the nine-and-a-half minute opus that has come to be seen as Smith’s true masterwork of lyrical and musical composition, features a title track-section, “Horses.”

Here, and on the majority of Horses, Smith’s raw and yearning vocal screeches are hallmarks of what made and continues to make punk music the force it is.

The extensive use of pianos on tracks such as “Birdland,” is something that would come to define the sounds of the ensuing post-punk, no wave, and art punk movements on the latter part of the ‘70s and into the 1980s.

While the album failed to make it past 47 on the Billboard 200, it is the endless number of groups and artists inspired by it that make Horses such an enduring work in the catalog of American music.

From R.E.M. to Siouxsie and the Banshees, the Smiths, and PJ Harvey, the influence of Horses and Patti Smith on punk and countless other genres of music remain 45 years on.