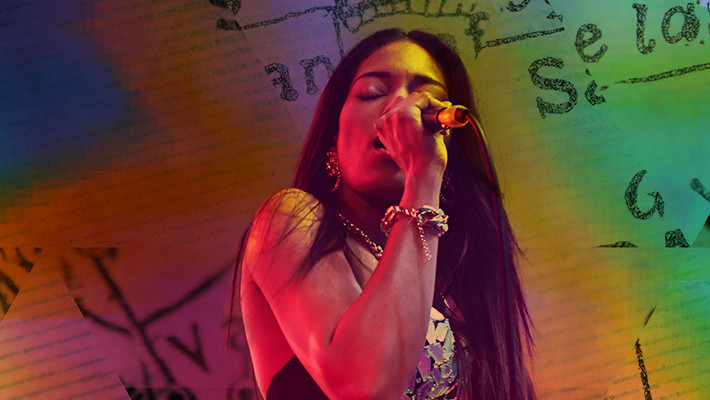 I first went abroad during my sophomore year of college. At 19, I’d never been outside the contiguous United States and, given my economic status, I sincerely doubted I’d ever become a frequent traveler. Living in Europe for a semester was the ideal setup, and I did everything I could to squeeze every last drop out of the experience.

Based in Switzerland, but armed with a Eurail pass, a shortened class schedule, and free lodging at several of my university’s other houses around the continent, I leapfrogged from city to city and country to country as quickly as I could. Sometimes tasked with seeing a “can’t miss” city like London or Edinburgh in only a twelve-hour window, I frantically raced through Europe, trying to take in the sights and soak up a maximum amount of that toughest-to-define quality: culture.

After college, I moved to New York and became a music journalist — a career that didn’t go far in the way of raising my economic status (not with four years worth of loans hanging over my head), but did, surprisingly, begin to offer me something just as valuable: the chance to travel the world. Revisiting some of those beloved/ barely-explored places or discovering new ones for the first time as part of my job gave me a deeper understanding of the cities and countries where music festival culture was cropping up abroad. Better still, it gave me the chance to appreciate and experience them in a way that didn’t feel like life in fast-forward.

Music festival culture began with the idea of traveling toward a great outdoor celebration, from the caravans of Bonnaroo to the “free” festival days of Glastonbury in the ‘70s, or even the campout culture that used to power Coachella’s enormous party in the desert. As the success of these massive events began to spread, the prospect of throwing festivals in remote and unexpected places also began to grow. This is how we ended up with annual, deeply respected tastemaking festivals like Iceland Airwaves, which just hit its twentieth year in 2018, or Your Paradise in Fiji, an electronic music blowout held on a tropical island, floating docks, and unnamed beaches in the South Pacific.

As music journalist, attending more music festivals than any single person besides Diplo could ever sustain, I found the prospect of visiting a new culture while doing the job of seeing and describing music to be an unexpected, welcome addition. I liked the travel bits — the scenery, the food, trying the various languages. Meanwhile, the artists I met seemed to keenly understand that new countries and cities could offer them completely different vibes than the standard North American crowds. And yes, even artists value the chance to go visit the Blue Lagoon in Iceland, or watch the brilliant sunsets of Fiji, while still doing the work they signed on to do.

Festivals can be life-changing experiences in of themselves, but I’ve found over the years that pushing myself even farther out of my comfort zone by traveling to a completely new destination all but guarantees the combined forces of music and travel will create a deeper shift in me. Leaving me with a better understanding of myself and the world at large. Going to “destination festivals” has opened a window into how much seeing and experiencing other cultures and parts of the world can expand the admittedly limited, Conservative worldview I was raised with.

These trips are also plain old fun, a too-often ignored element of travel. Never in my life did I think I’d spend a week alone in a sweltering cabin in Fiji, with faltering AC and nothing but Australian accents and pulsing EDM on the horizon. Nor did I think I’d attend a rager on a floating bar in the middle of the ocean alone, and fall head over heels for the UK DJ Doorly, who single-handedly changed my perspective on the potential for finding serenity in electronic music. While I might have still come to love his music anyway, discovering it on a floating bar without a sliver of land in sight was enough of a shock to the system to make the experience stick. It was similar to the surprising realization that the moment I’d be the most impacted while visiting Iceland wasn’t at a show (though Sóley won me over in a heartbeat), but the day after the festival, when we went on a sight-seeing trip, the first moment I laid eyes upon the Gullfoss Waterfall.

Truth be told, I might never have visited these remote destinations without the structure and impetus of a festival. They offered a hook. And though my job requires that I’m fully alert and always perma-working throughout any of these trips, I’m also trying to make the most of the experience. Soaking in the details. Observing the sensory elements.

The thing I’m most thankful for about attending three-day, five-day, or even week-long festivals far from home is that, unlike my college-age wanderings, they require you to stay in one place for a stretch of time. This relative sense of stasis means really getting a feel for your environment. Not just spending an hour at the most famous sight in a certain city, but eating in its restaurants, walking its shopping corridors, and venturing out into the town to see how people live.

Destination festivals hold you in one place and offer a reason to wake up and return to the same little landmarks every day. They allow you to gain a sliver of familiarity and a degree of genuine insight. You’re open to possibility, eager to learn and free from expectations. All while partying halfway around the world.