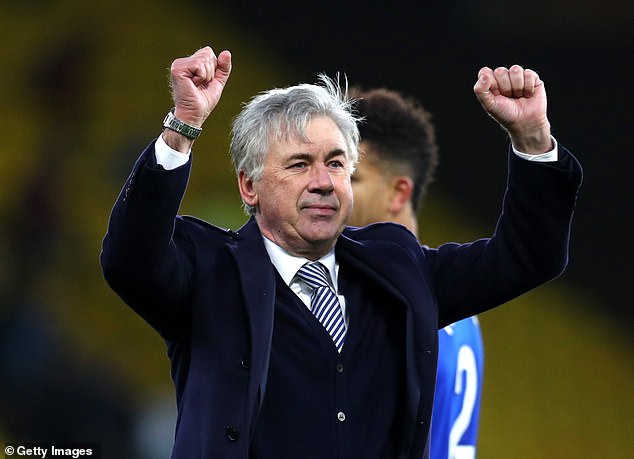 There was a sense of apprehension among Everton’s squad when Carlo Ancelotti gathered his players at their Finch Farm training base.

Ancelotti, a member of football’s royalty, had only just been appointed by Farhad Moshiri. He had familiarised himself with his new surroundings, surveyed the group and now he wanted to speak.

He talked about standards, the style of play he wanted and how he had faith in the group. Then he introduced an unforeseen topic – the Christmas party. With three games over the festive period, Ancelotti had some house rules. ‘If you are having a drink at Christmas, make sure you think about the manager,’ he said. ‘Make sure you invite him and the red wine is good!’

As an ice-breaker, it was inspired. Ancelotti, with a smile and a perfectly delivered punchline, put a group who had been inconsistent and lacking confidence at ease to begin the rebooting of the club.

Everton, under the ownership of Moshiri, have gone from one failed project to another with the weight of expectation suffocating a raft of expensive signings. A great deal hinges on Ancelotti now delivering.

Moshiri, after sacking Marco Silva, whittled a shortlist that included David Moyes and Eddie Howe down to two – Ralf Rangnick and Ancelotti – and opted for the Italian after a meeting with him in Germany in mid-December.

The glee with which his appointment was received by fans has been mirrored around the club and the Christmas drinks story illustrates how quickly he has won over affections. 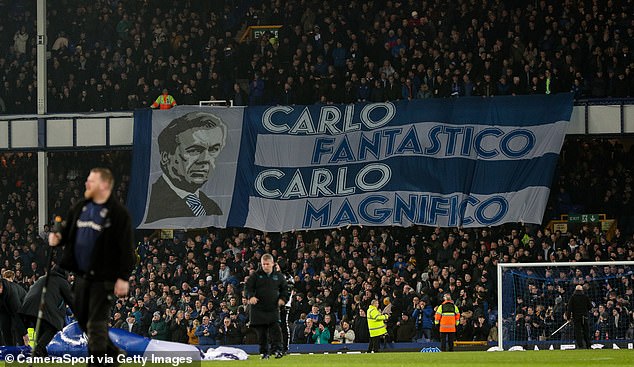 Ancelotti is a ‘bon viveur’ and he wants his players to enjoy life, too. Before last week’s win at Watford, he urged the squad to have a meal in Manchester to foster team spirit.

‘It’s nice to get to know people outside of football, as we see each other every day on the field,’ said Theo Walcott. ‘That meal brought us together a little bit more. Seeing people come out of their shell a little bit more always helps.’

They went to Manchester, however, with Ancelotti’s caveat. ‘You can stay out,’ he said. ‘But when you come in on Thursday, it is time to work.’

Nobody will take a liberty with Ancelotti. ‘He’s a right good fella but everyone knows he is the boss,’ was how one observer put it. The fact that he reports to Finch Farm at 8am for training sessions (he has found a home in nearby Crosby) indicates his commitment. Ancelotti keeps the squad on their toes by mixing up the starting time of afternoon sessions – they can begin at 1pm or 3pm – and also the pace at which they are conducted. 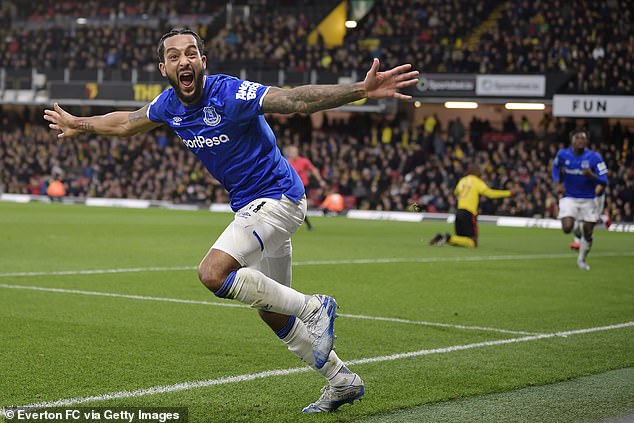 Silva was forensic in his approach. Players were out on the pitches for a long time but those who were not involved were forbidden from watching, with giant curtains around the pitch for privacy. Ancelotti, with his rich CV, does not feel the need for secrecy.

His son Davide is heavily involved in training and Ancelotti will observe, always in a baseball cap. When he sees something he doesn’t like, there will be a blast of the whistle he carries and then he will impart his wisdom.

‘When you arrive, you have to explain your work,’ he said. ‘You have to find the right combination between your idea of football and the idea of the players. The players are more comfortable to play in certain styles than others. The work of the manager is to combine these ideas.’

It is early days and that means it would be folly to make bold predictions. But there has been a transformation over the last month and Everton are now scoring more, taking more shots and conceding fewer goals than at any stage of this campaign. 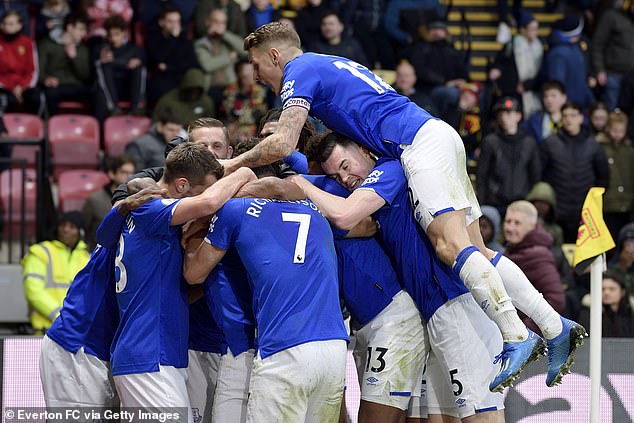 There were no signings in January and the feeling is that Ancelotti is watching and deciding who will be with him for the long run. There will be sweeping changes in the summer and the expectation is that more Italians will be added to the six on his current staff.

Duncan Ferguson, about whom Ancelotti has enthused, will have his contract improved for helping the new man settle. Ancelotti is excited and eager to dispel a perception about his style. ‘It is not true that I only finish (building) clubs,’ he said ahead of Saturday’s game with Crystal Palace.

‘Usually when a club changes a manager, something went wrong. It’s true I found fantastic players and fantastic squads, like at Real, like Bayern. When I went to AC Milan, the moment was not good. But they had ambition, history and tradition to be at the top. Slowly we built but what we did was quick. We won the Champions League in the second year. Here we don’t have to put a line. We work day by day.’

And day by day, the work at Everton gets better.