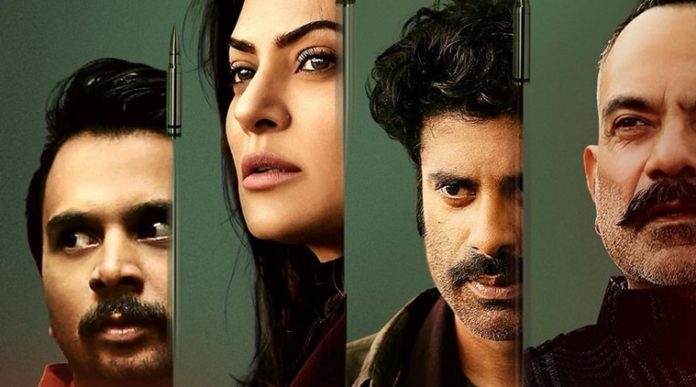 Disney+ Hotstar has been in a period of lull with respect to the release of its originals. Several series like Criminal Justice, Hostages, City of Dreams are lined up for a Season 2 release. However, the OTT platform has been sidelined by the amount of content provided for the local Indian audience by Netflix, Amazon Prime Video, Zee 5 and ALT Balaji in the recent past.

With that being said, Sushmita Sen’s return to acting in Aarya Web Series comes in as a blessing in disguise to Disney+ Hotstar. A power packed performance and racy narrative took ‘Aarya’ to receive positive accolades from the audience and media houses. With Aarya Season 1 creating a massive impact, the fans are excited about the prospects of ‘Aarya’ Season 2.

‘Aarya’ Season 1 released on Disney+ Hotstar on the 19th of June 2020 with nine episodes. ‘Aarya’ is an adaptation of ‘Penoza’, a Spanish series which revolves around the story of a woman who takes over the position of handling her family business with reluctance. Eventually she is bombarded with several obstacles with people turning behind backs to stab her.

The plot of ‘Aarya’ falls into the pit of a drug nexus in the heart of Rajasthan. ‘Aarya’ comes from a family which has everything, three children a prestigious pharma business and a sense of the everything’s well with the ‘respectable’ family. However, when you dig deep, the dirt gets dirtier. The pharma business sells fake drugged medicines as a side kick. However, ‘Aarya’ overcomes the odds and faces challenges along the way forms the crux of the storyline.

‘Aarya’ flows intensively with a crime thriller plot which is packed with ample twists and an unpredictable narrative in most of the instances. Namit Das and Sushmita Sen steal the show with their gripping performances and they are here to stay.

The major reason for the success of the first season was the excellent casting and noteworthy performances. A huge chunk of the main cast from Aarya Season 1 will make an appearance in Season 2 as well:

‘Aarya Season 2’ Release Date and Everything We Know So Far

After the first season’s success, Aarya Season 1 is likely to make heads turn towards Disney+ Hotstar in a market like India which is opening up positively to crime thrillers. With shows like Mirzapur Season 2 and Family Man Season 2, Breathe Season 2 just around the corner, Aarya Season 1 found the right window for release.

Though Aarya ends with an improper conclusion, neither the lead cast of the show nor the makers have confirmed the possibility of Aarya Season 2. Sandeep Srivastava and Anu Singh Choudhary, the creators of Aarya are likely to start working on the script which makes the excitement around Aarya Season 2 worth it.

With an impactful yet inconclusive Aarya season 1, the speculations around the official release date of Aarya Season 2 continues with no official announcement from Hotstar about the same. However, reports suggest that Aarya Season 2 Release will happen in May 2021. ‘Aarya’ has received critical acclaims from the Indian audience as well for a surprisingly decent first season. We sincerely hope the fans of Sushmita Sen don’t have to wait any longer.