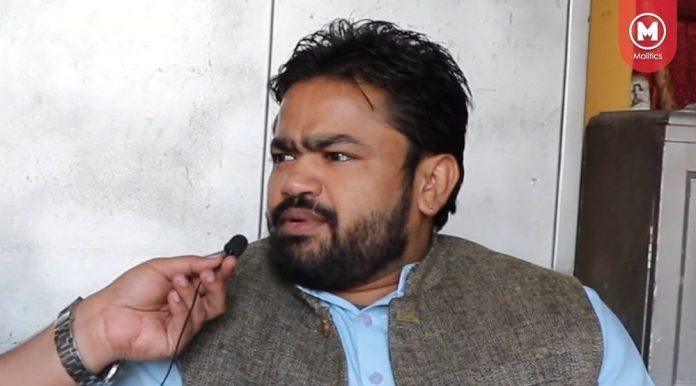 The founder and national president of Hindu Sena, Vishnu Gupta has stated that his organisation ‘Hindu Sena’ will carry out a march from Sarita Vihar to Shaheen Bagh on February 2, 2020 against the illegal occupation of one of the busiest thoroughfares of Delhi. Gupta has hoped that he will be able to get the road “cleared” at Shaheen Bagh.

In an interview with Molitics, Gupta shared his organisation’s plan to root out the anti-CAA squatters occupying the road in Shaheen Bagh. The former Shiv Sena member, who now leads the Hindu Sena, said that he will be leading the march along with a raft of villagers and other members to vacate the road occupied by Shaheen Bagh protesters.

Gupta further added, “I have asked all the residents living in the nearby areas, villagers and others to join me in our march from Sarita Vihar to Shaheen Bagh against the demonstrators who have occupied the road on the pretext of opposing Citizenship Amendment Act. I hope we would be able to flush out the protesters from there tomorrow

“Occupying road is an offence. If they want to exercise their democratic right to dissent, they camp at Jantar Mantar or Ramlila Maidaan in Delhi. This is not the right way to protest. Lakhs of people daily travel from that road. It is causing grave inconvenience to them. People who want to reach Noida are finding it difficult to reach their destination because of these protests,” Gupta reasoned.

When asked about the chances of a violent confrontation between the Hindu Sena members and Shaheen Bagh protesters, Vishnu Gupta nonchalantly said that it is well-within in his rights to lead a protest to vacate the road that is causing distress to the residents and the daily commuters.

Read- Shaheen Bagh shooting: The second step in a cold and calculated conspiracy?

“Government is observing how the anti-CAA protesters in Shaheen Bagh are blocking the road. They will also see our pressure. If police stops us from visiting the place, our pressure will be directed on the police then. If they won’t allow us to read there, it is their responsibility to get the road cleared,” Gupta asserted.

Extolling Modi government, Gupta said that the government doing is a fine job. However, he raised questions on Delhi police, asking why are they helpless against the protesters.

“We want Delhi Police to lathicharge the protesters at Shaheen Bagh. What is stopping them from taking action against the demonstrators. Everyone should be equal before law,” Gupta said.

Furthermore, Gupta added that blocking anyone’s road is an offence and not a method of exercising one’s democratic right to protest. “Half of Delhi has come to a standstill because of the road blockade at Shaheen Bagh. If they want to exercise their democratic right to protest, carry out a sit-in march at Ramlila maidaan or at Jantar mantar, not at one of the arterial thoroughfares of the national capital,” Gupta said.