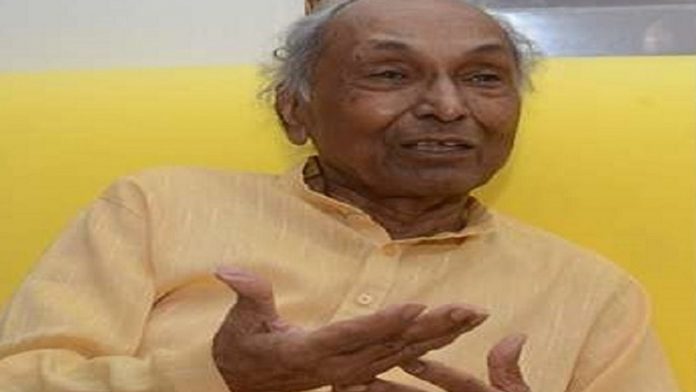 Kanpur: Well-known Hindi litterateur and Padma Shri awardee Giriraj Kishore passed away Sunday, following a cardiac arrest at his Suterganj residence in Kanpur, doctors said. He was 83 and is survived by his wife, two daughters and a son.

Giriraj Kishore’s body would be handed over to the medical college as per his wishes Monday.

He was awarded the Padma Shri by the President of India in the year 2007 and was the recipient of the Sahitya Akademi award in 1992.

He was conferred the Vyas Samman in 2000, and an honorary Ph.D. by Chhatrapati Shahuji Maharaj University in 2002.

Kishore was best known for his novel Pehla Girmitiya that was based on Mahatma Gandhi’s stay in South Africa. The novel was a bestseller.