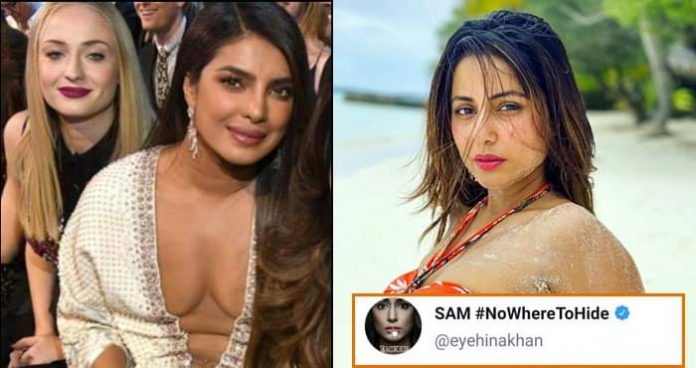 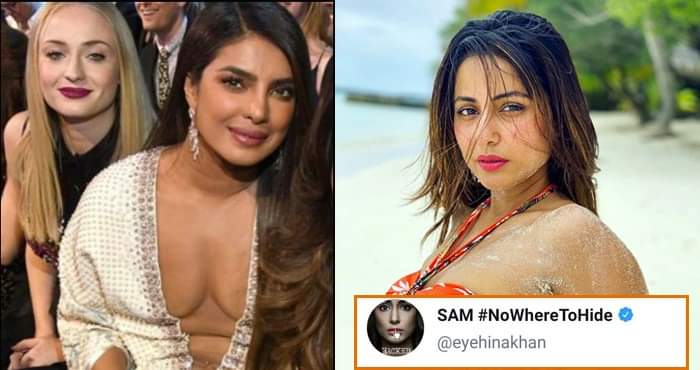 Priyanka Chopra’s outfit for Grammy 2020 got many attentions in social media.  When many are busy to troll her attire for the evening, Hina Khan came out to defend the criticism by her words in a recent interview.

The sensational actress Priyanka Chopra secured her place in the International arena by al her entertainment value. Yet, her recent costume for Grammy 2020 gets criticized by many in the social platform. The Grammy awards ceremony held on January 27th in its 62nd edition in the US where the diva Priyanka Chopra Jonas donned a Ralph & Russo collection, which is a sequined covered silk crepe white cady kimono. According to Ralph & Russo, “The dress was hand-painted with peonies and embellished with opal stones, 3D organza petals and peach ombré fringed sleeves”. The broad plunging neckline of the dress extended to her waistline was an absolute head turner for the Grammy evening and the reason of trolling by Netizens afterwards. The Grammy 2020 red carpet was also jazzed up by the presence of Priyanka’s husband Pop star Nick Jonas and her other Jonas Brothers and wives; Kevin Jonas, Danielle Deleasa, Joe Jonas and Sophie Turner.

The white kimono dress of PC stated to face criticism and trolling right after posting the outfit images from her social account. The plunging neckline which is extended beyond her navel which was ornamented with a sparkly stud triggered the trolling. While the look of the white dress appraised by the fashionistas, many showed their concern about the bawdy cut of the dress and started trolling her for the reason.

After many criticisms, Priyanka Chopra’s mother Madhu Chopra defended her daughter look by her words and said, “She lives on her own terms as long as she’s not harming anybody. It is her body; she can do what she wants and she is a beautiful one.” But as the social media platform as unpredictable as it could be, did not respond to minimize the criticism accordingly.

However, the actress Hina Khan who is now all set for her upcoming film Hacked, has fortified Mrs Jonas for the Grammy attire in a recent interview while promoting her movie. Hina defended,

“Who are you to comment on somebody’s clothes if they are comfortable? I have been telling people that I challenge you to wear that outfit for ten minutes. It’s not easy to wear such an outfit. It’s not an easy-breezy, flowy, covered outfit that you can just pose and do stuff in. It is a tricky outfit. You got to have elegance, grace and courage to wear such an outfit.”

Hina Khan’s supporting words were truly a friendly gesture and slams all the other trolling as well. Priyanka Chopra and Hina Khan connected in last year Cannes Film festivals 2019 event.