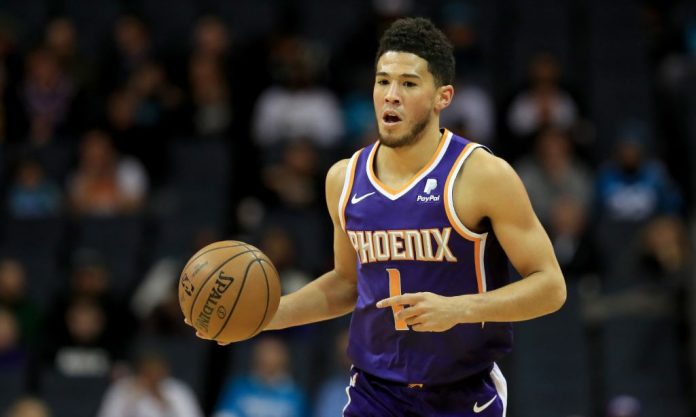 NBA All-Star weekend is rapidly approaching, with the league announcing ten starters last week and the reserves coming to light on Thursday evening. While the vast majority of names were unsurprising (and deserving), the end of the roster in both conferences sparked debate as they do on an annual basis.

To that end, players earned the “snub” distinction, even if the roster constraints dictate that somebody was going to end up here — “snub” might be a strong term, but it’s simpler than “players with deserving cases as well.” In the end, we’ll highlight seven of them in this space. For clarity’s sake, they appear in alphabetical order, with each bringing a different case to the table.

The Wizards are 15-31 and that undoubtedly played into this snub. That isn’t the fault of Beal, though, with the 26-year-old guard putting up the best counting stats of his career. Beal is averaging 28.6 points and 6.3 assists per game and, even with slightly diminished efficiency (particularly in three-point shooting percentage) from previous years, he has been the unquestioned engine of a strongly above-average offense. The case could be made that Beal’s defense has been a sharp negative this season but, in short, nothing would save the worst defense in the NBA. Beal, a two-time All-Star already, is one of the more glaring omissions.

This felt like the year that Booker would get his first All-Star nod and it has to be gutting that he fell short. The fifth-year guard is enjoying, by far, the best season of his career, averaging 27.1 points and 6.4 assists per game for a respectable Suns team. Phoenix has been an up-and-down squad this season, but Booker is posting a lights-out 63.4% TS and his defense has improved, albeit from a low baseline. While we’ll avoid the head-to-head discussion for most of this post, Booker falling behind Russell Westbrook seems like a rather clear mistake when based on this season, and he would be a logical choice should any injury-related replacement be needed out West.

Brogdon doesn’t have traditional All-Star counting stats, and that is probably a big reason why he isn’t heading to Chicago. The former Virginia standout is averaging an impressive 17.0 points and 7.4 assists per game, though, and the advance numbers always seem to treat him well. Moreover, Brogdon has been huge in allowing the Pacers to withstand the extended absence of Victor Oladipo, and he should be credited in a big way with Indiana’s 31-17 record to this point. Domantas Sabonis was the correct choice if the Pacers only earned one All-Star bid, but Brogdon did have a case.

Much like Brogdon and Sabonis, it probably came down to Jayson Tatum edging Brown out for this spot. And again, that is probably the right choice. Still, Brown has been quietly fantastic this season, averaging a career-best 20.1 points and 6.6 rebounds for the Celtics. Boston is known as a balanced team for a reason, but Brown has been an integral part of the squad and he brings defensive value that others in the mix likely can’t match. It wasn’t jarring to see him left off but it would’ve felt just fine if he was on the final list.

It’s pretty wild to arrive at an All-Star Game with a healthy Paul George not included. In addition to six All-Star appearance, he’s a five-time All-NBA selection and a key cog on one of the best teams in the NBA. The big argument against George is availability, though, with the uber-talented wing appearing in only 26 of 47 games for the Clippers. If he was healthier, 23.5 points and 6.0 rebounds with high-end defense would be more than enough to make the cut. It seemingly came down to his low minute total.

Like many on this list, LaVine is probably enjoying the best performance of his professional career this season. He has appeared in all 50 games for the Bulls and, while Chicago has been brutal offensively as a team, he has been a bright spot in the mix. LaVine carries a solid 56.5% TS on 31.7% usage, averaging 25.1 points, 4.9 rebounds and 4.0 assists per game. It would be fair to point out that Beal had a better statistical case with a similar profile, but it certainly would’ve been acceptable if LaVine landed on the list.

Things aren’t going super well in Minnesota right now, and that definitely didn’t help Towns’ case for inclusion. The Wolves are 5-27 in the last 32 games and they’ve lost 10 games in a row. In short, that removed any margin for error from Towns’ candidacy, and he has also battled injuries this season. In the end, Towns was excluded despite robust statistics (26.9 points, 10.7 rebounds, 41.2% from three) and it was likely a combination of team struggles and 17 missed games. It feels a bit weird that he and Paul George wouldn’t be there but, as always, things are (very) tight in the West and the counter-arguments were easy this time around.