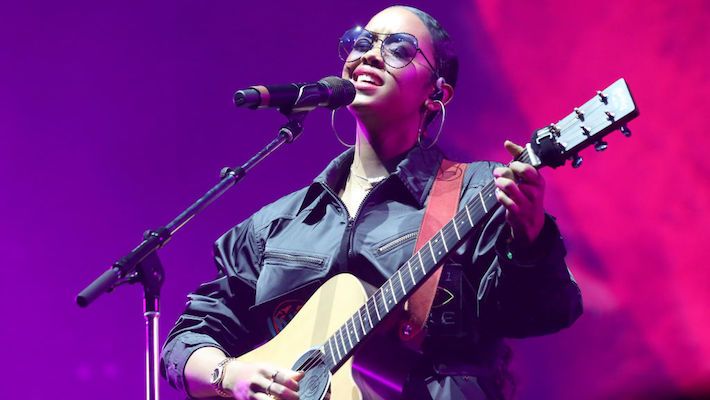 HER‘s career began at the young age of 14 when she signed to RCA Records under her given name, Gabriella Wilson. But since then, the singer has gained notability for her music and mesmerizing guitar playing. Wilson is up for an impressive five Grammys in 2020, with three nominations in major categories. Along with several nominations, HER gave a captivating performance of her latest single “Sometimes” at the awards ceremony, her second time on the Grammys stage.

HER took the Grammys stage seating behind a grand piano while sporting her signature sunglasses. With her soothing vocals, Wilson perfectly delivered “Sometimes” with self-assurance. But of course, no HER performance is complete without her absolutely shredding on guitar.

This isn’t the singer’s first Grammys experience. HER was up for five Grammy nominations in 2019 and took home an award for Best R&B Album for the project H.E.R. and Best R&B Performance for the track “Best Part” with Daniel Caesar. After winning the award, HER gave an electric performance of “Hard Place.”

HER’s performance highlighted her second released single of 2020, “Sometimes.” Ahead of the single’s release, HER teamed up with Skip Marley, “Slown Down.” The singer is well-known for her collaborations, working with YG for “Slide,” YBN Cordae for “Racks,” and DRAM for “The Lay Down.”

Watch HER perform “Sometimes” live at the Grammys above.