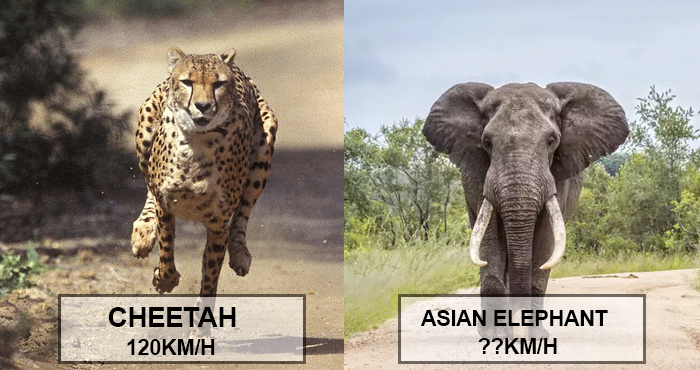 Can you name the fastest animal on the planet? Cheetah!

Peregrines hunt on birds and bats from above and after sighting their prey, drop into a steep, swift dive that can top 325 kilometres an hour.

They are among the world’s most common birds of prey that live on all continents except Antarctica and can be found everywhere from tundra to deserts. Those that nest on Arctic tundra and winter in South America fly as many as 15,500 miles in a year.

Golden Eagles are one of the largest birds in North America. They have long broad wings and their head is relatively small. They capture prey on or near the ground, locating it by soaring, flying low over the ground, or hunting from a perch.

They are extremely swift, and can dive upon their quarry at speeds of more than 320 kilometres per hour.

Gyrfalcons are very large falcons that breed on arctic tundra and when they come south for winter, they look for similar habitat. They have pointed wings, but they are not as pointed or as narrow as the wings of smaller falcons. Their tail is relatively long and the body is thick and powerful, particularly in females, which are substantially larger than males.

They are the third fastest birds on the planet with top speeds reaching 209 kilometres per hour.

The Black Marlin is the fastest fish on the planet with highest swimming speed recorded at 130 kilometres per hour. It has an elongate body with a stout bill, which it uses to slash its prey before swallowing it.

It is a well known commercial and recreational fishing species that occurs in tropical and subtropical waters throughout the Pacific and Indian Oceans, and is sometimes also found in temperate waters.

Grey-headed Albatrosses generally feed in the open ocean. They will fly long distances to feed, sometimes making trips as long as 13,000 km. They have an average lifespan of 35 years. They prefer to pluck food from just under the water’s surface but are capable of diving as deep as 7 metres.

They are the fifth fastest with speeds reaching more than 127 kilometres per hour.

The cheetah is the world’s fastest land mammal that can go from 0 to 95 kilometers an hour in only three seconds. Before unleashing their speed these  daylight hunters use their exceptionally keen eyesight to scan their grassland environment for signs of prey. They have a distinctive spotted coat that allows them to blend easily into high grasses.

Cheetahs can reach speeds of up to 120 kilometers per hour.

Horses are adapted to run, allowing them to quickly escape predators. They  possess an excellent sense of balance and have a strong fight-or-flight response. Horses and humans interact in a wide variety of sport competitions and  recreational pursuits. Horses can be wild or domesticated.

The world record for a horse galloping over a short, sprint distance is 88 kilometers per hour.

Lions have been celebrated throughout history for their courage and strength. They once roamed most of Africa and parts of Asia and Europe but today they are found only in parts of sub-Saharan Africa, except for one very small population of Asian lions that survives in India’s Gir Forest.Female lions are the pride’s primary hunters.

These magnificent beasts can reach speeds of up to 80 kilometers per hour.

Red kangaroos hop along on their powerful hind legs at great speeds. They can reach speeds of over 72 kilometers an hour. They can cover 25 feet in a single leap and jump 6 feet high.

Ostriches are large, flightless birds that have long legs and a long neck that protrudes from a round body. They are bigger than any other bird in the world and  can grow up to 9 feet tall and can weigh up to 145 kilograms.

Wild ostriches live in the dry, hot savannas and woodlands of Africa. However, ostriches can be found in captivity all over the world. They have been recorded to run at a top speed of 70 kilometers per hour.

Compare these to the speed of an Asian elephant which can run at a maximum speed of 25 kilometers per hour, which means the peregrine falcon travels at a speed 13 times that of an elephant.