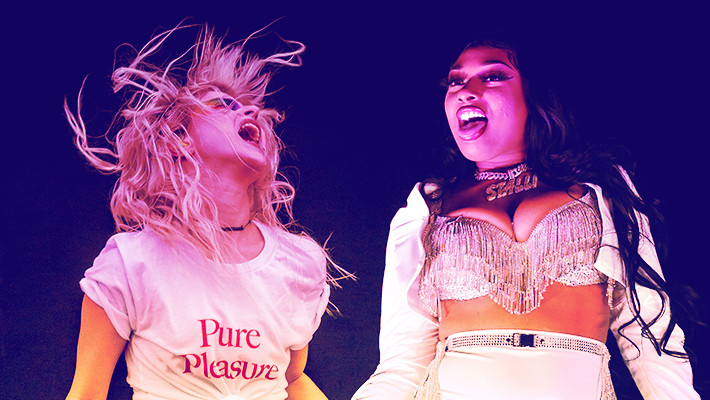 Keeping up with new music can be exhausting, even impossible. From the weekly album releases to standalone singles dropping on a daily basis, the amount of music is so vast it’s easy for something to slip through the cracks. Even following along with the Uproxx recommendations on a daily basis can be a lot to ask, so every Monday we’re offering up this rundown of the best music released in the last week.

This week saw Hayley Williams’ solo debut and a preview of Megan Thee Stallion’s new era. Yeah, it was a great week for new music. Check out the highlights below.

Hot girl summer has come and gone, but Megan Thee Stallion season is just beginning, as “B.I.T.C.H.” is the first look at her follow-up to Fever. The choice to sample Bootsy Collins’ “I’d Rather Be With You” on the track is also a nod to hip-hop history, as the track has also been sampled by Tupac and plenty of others.

Andy Shauf is a true storyteller on his new album, which has been described by press materials, “The narrator goes to his neighborhood dive, finds out his ex is back in town, and she eventually shows up.” That framework contains a number of tales, like “Living Room,” which is about a mother whose shortcomings remind her of her own childhood.

Read our interview with Shauf here.

Rosalía shared a number of singles in 2019, and she brought that run into 2020 with “Juro Que.” On the flamenco-inspired tune, Rosalía sings about her loyalty to a lover behind bars, belting out lyrics that translate to, “That my guy has been imprisoned for more than four hundred days / I had him in my arms in bed when the police arrived / I couldn’t kiss him goodbye and that’s burning me.”

Hayley Williams has worked outside of Paramore from time to time, but she is taking her solo career to the next level in 2020 with her first solo album, Petals For Armor. The first taste of the record is “Simmer,” which eschews the rock-leaning direction of the band that brought her to fame.

Waxahatchee’s first new tune of 2020 is “Fire,” an Americana-leaning song that she says is “about the internal dialogue of shame surrounding mistakes you’ve made in the past and how we spiral and beat ourselves up when we slip.” The track comes from the upcoming album Saint Cloud, which was “written immediately in the period following her decision to get sober.

The soundtrack for the Harley Quinn movie Birds Of Prey is jam packed with banger after banger, and the latest one is Doja Cat’s contribution, “Boss B*tch.” The track is led by Doja’s hard-hitting and rapid-fire flow, and in the video, Harley Quinn isn’t the only one f*cking sh*t up.

Speaking of movie soundtracks, Mitski has offered up a new song for the The Turning OST, which also features Soccer Mommy and Empress Of. Mitski’s “Cop Car” is a dark and grungy tune, which The Turning producer Lawrence Rothman says “went beyond what we imagined.”

Ethan Gruska tackled his new album, En Garde, mostly on his own, although one of the few features came from Phoebe Bridgers, on “Enough For Now.” The upbeat song is a lot of fun, and so is its video, which subverts classic rom-com tropes.

Rico Nasty’s previous single, “Hard,” was pretty in-your-face. That’s not what she’s about on her latest one, though. “IDGAF” is more of a mellow trap jam, on which she still offers up the punk attitude of not giving a f*ck.

After a not-so-active 2019, Porches is back in 2020 with a new album on the way and a new track from it, “Do U Wanna.” The punchy tune comes from Ricky Music, which includes contributions from Mitski and Blood Orange’s Dev Hynes.