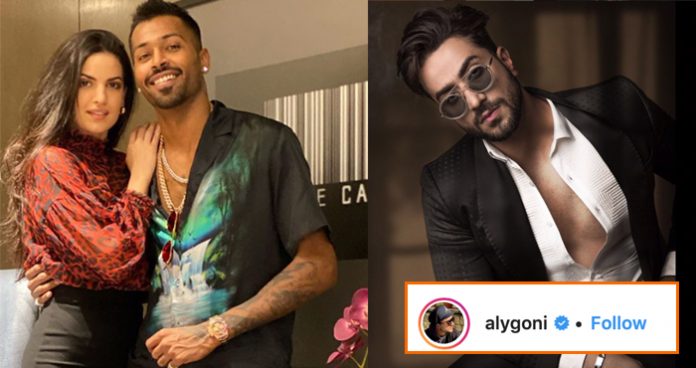 The Indian all-rounder Hardik Pandya, who is currently recovering from the back injury will soon be seen back in action in the upcoming season of the Indian Premier League and fans are very excited about it.

Besides this, the cricketer is currently riding high in happiness ever since he got engaged to actress and model Natasa Stankovic. Ever since the couple got engaged on the very first day of 2020, the couple has been making news for all the romantic reasons. This couple has become the favorite of paparazzi and media, who never fail to miss out on the opportunities to churn out stories about them.

Hardik Pandya and Natasa Stankovic, both of them are very active on their social media, where they keep giving their fans some serious relationship goals. Their sizzling chemistry and adorable gestures for each other never fail to take our hearts away.

Apart from their PDA, the couple keeps teasing their fans with their candid pictures From their date night pictures to their romantic gateways, their social media profiles are now flooded with their lovey-dovey pictures and we are loving every bit of it.

Meanwhile, Natasa Stankovic also shares a great bond with his ex-boyfriend and popular television celebrity Aly Goni. Though it has been long since the two broke up, but there are no bitter feelings. Infact, both of them are great friends with each other.

On 25th February, Natasa Stankovic wished Aly Goni on his birthday by sharing a fun video of the birthday boy on her Instagram story, where Aly can be seen shaking a leg to a filmy song. The video is from their rehearsal days for the show Nach Baliye, where the two participated together.

Recently in an interview, Aly Goni revealed about Natasa’s feelings and love for Hardik Pandya. He had said:

“Natasa told me about her relationship with Hardik some time ago. She really loves him a lot and so does he. I remember, during ‘Nach Baliye’, he would often call to check on her. They look nice together and I am very happy for her. They make a perfect match. Natasa is a darling; she is sweet and caring,”