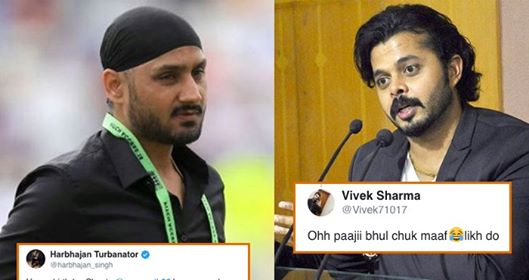 Former Indian cricketer S.Sreesanth may have been out of the cricket scene for quite a long time now however he is still one of the most talked-about cricketers as was one of the fastest bowlers of his time.

Sreesanth made his debut in the year 2005 against Sri Lanka. Besides his brilliant performances, he was known for his aggressive nature on and off-field. And for the same reason, he was constantly in news. He was a part of many controversies that erupted because of his behavior on-field.

However, it seems like Harbhajan Singh has moved past the slapgate controversy as he recently took to his Twitter and wished Sreesanth on his 37th birthday.

The tweet soon went viral and caught everyone’s attention. Twitterati soon started trolling him and reminded him of the slapgate controversy.