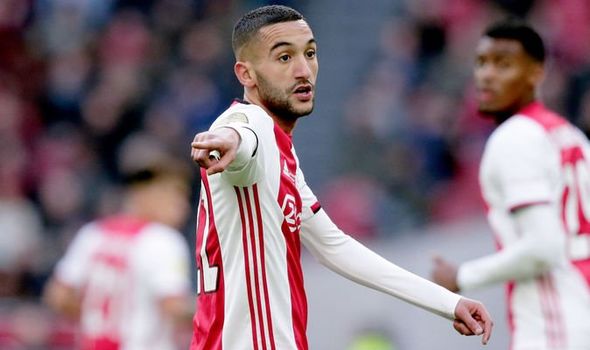 Ajax midfielder Hakim Ziyech is closing in on a move to Chelsea but he is not the only player the Blues want from the Eredivisie club, says Sky Sports reporter Kaveh Solhekol. Chelsea have reportedly reached a verbal agreement for the purchase of Ziyech for £38million, with personal terms set to be finalised in the next few days. But Solhekol says Chelsea also want to sign Ajax goalkeeper Andre Onana to replace current No 1 Kepa Arrizabalaga.

Kepa was dropped for Chelsea’s last Premier League match away at Leicester after previously playing every minute of the competition this season.

The Spaniard has come under criticism for his performances and the 25-year-old has the second worst save percentage in the Premier League this term.

But he also says they are targeting Cameroon international goalkeeper Onana.

“I’m also hearing that Chelsea have more money to spend, this is not the end of their spending next summer,” Solhekol said.

“I think they’re still interested in signing Jadon Sancho from Borussia Dortmund, although Liverpool and Manchester United are also after him.

“And they could also be in for the Ajax goalkeeper Andre Onana, who wants to move to the Premier League and also there are question marks about Kepa’s future at Stamford Bridge.

“So they’re could be more players coming from Ajax to the Premier League.”

Onana has been at Ajax since joining from the Barcelona youth setup in 2015.

He has made 169 appearances in all competitions and was a big part of his side’s run to the Champions League semi-final last season. 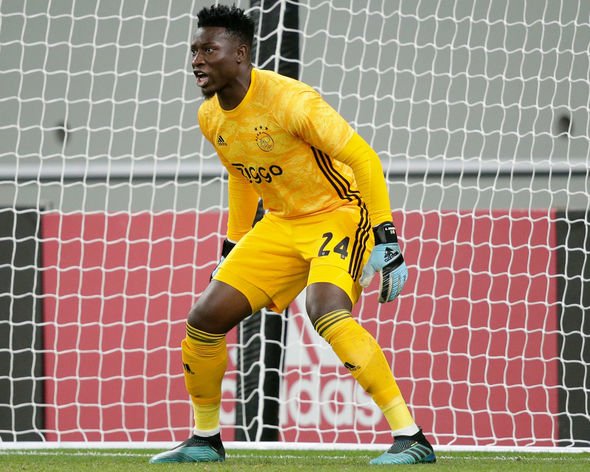 Sherwood told Premier League Productions: “I think he made the correct decision, I am not having Kepa [from] the first time he told [Maurizio] Sarri last year at Wembley he’s not coming off when he put his number up. I cannot have the kid’s attitude.

“Absolutely [dropping the goalkeeper is a manager’s biggest decision].

“Most responsible position on the pitch and it’s what he breeds to the rest of them around.

“Now, I think Frank would have spoken to [Antonio] Rudiger, spoken to a couple of other guys and they might have said to him ‘Caballero, because at the moment we can’t trust this boy behind us, Kepa’.

“So I think he’s got more responsibility in Caballero at the moment and that is why he decided to play him.”