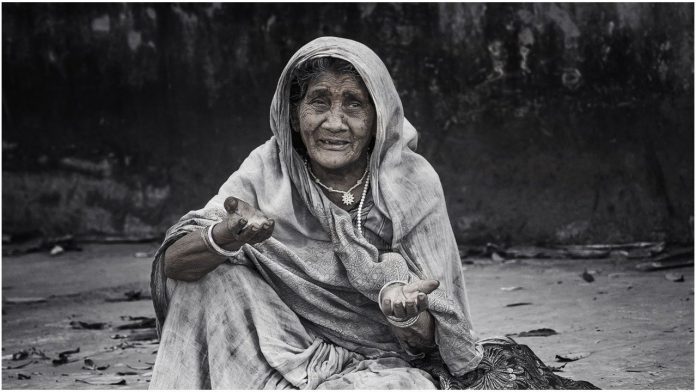 The Ahmedabad police on Tuesday booked a 25-year-old man under Parents and Senior Citizens act along with charges of creating public nuisance under the Indian Penal Code (IPC) sections for forcing his 70-year-old grandmother to beg on streets every day at Shyamal Crossroads.

Reportedly, Gujarat ADGP Anil Pratham saved a 70-year-old woman as he spotted the old woman begging near Shyamal Crossroads in the city. As he inquired the old woman, she revealed that her 25-year-old grandson had dropped her off at the junction so she could beg for a living.

Immediately, Pratham called 108 emergency service to get her condition checked, then he called the police control room. The Anandnagar SHE team led by PSI SK Barad rushed to the spot.

According to the FIR filed by PSI SK Barad of Anandnagar police, the grandmother — Tara Solanki, a resident of Shrinanadnagar in Vejalpur, was a beggar. Despite her age, her daughter’s son, Jigar Vadashara, used to drop her at Shyamal Crossroads to beg.

A case has been filed under the Maintenance And Welfare of Parents And Senior Citizen Act in the city. According to police, this is the first case filed under this act. Police Commissioner Ashish Bhatia said, “It is for the first time that an FIR has been registered under this Act. This is a message to all people that the elderly in the city will have to be cared for and action will be taken against those who violate the law.”

Anandnagar PI Sajid Baloch speaking to the media said, “We checked the family profile and found that Taraben Solanki has two daughters. She lived with her daughter Madhuben’s family in Shrinanandnagar Vibhaag 3. One person in the family drives a rickshaw while another is a labourer. Madhu’s son Jigar would drop her off to beg in the morning. We have booked a case against him under Section 24 of the Act which states that maintenance and care of the children.”