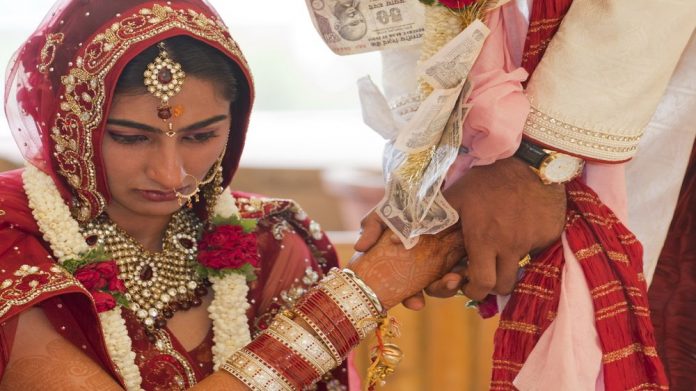 Bengaluru: A Karnataka groom walked out of marriage after his family disapproved the quality of the saree worn by the bride in Hassan, an official said Friday.

B.N. Raghukumar, 29, from a village near Hassan, is currently absconding as he did not to show up to marry the girl he fell in love with, acting on the directions of his parents. The incident took place Wednesday.

“We have registered a cheating case against Raghukumar. He is absconding,” Hassan Superintendent of Police Srinivas Gowda told IANS. Gowda said the family members of Raghukumar have also been booked in the cheating case for cancelling the wedding.

Raghukumar and B.R. Sangeetha fell in love a year ago and decided to get married with the consent of their respective families. However, Raghukumar’s parents asked Sangeetha to change her saree during some rituals as they were not happy with its quality.

Following this dispute, the groom’s parents cancelled the wedding scheduled Thursday and directed their son to abscond.