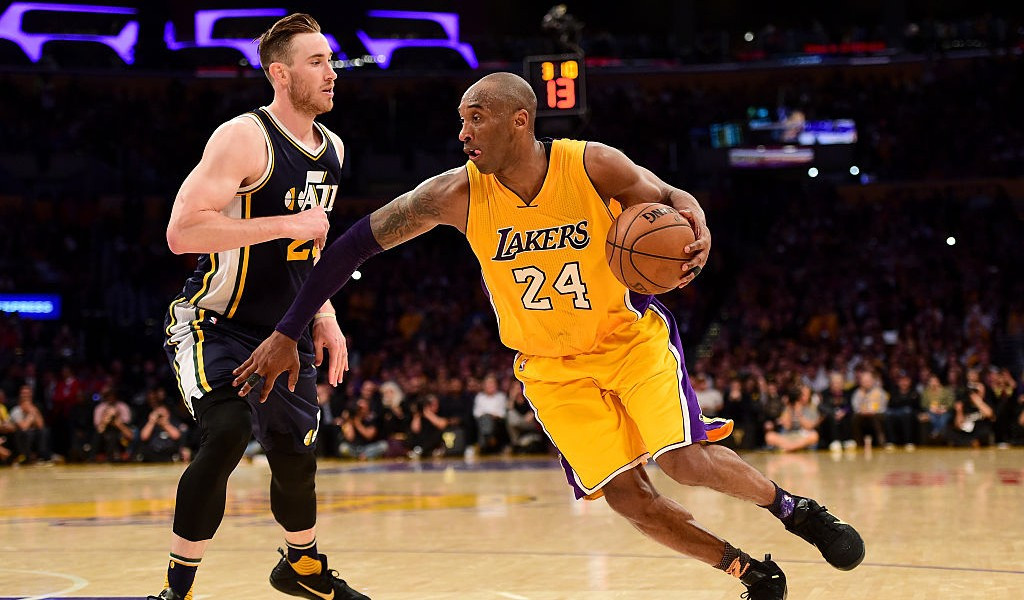 As tributes and remembrances of Kobe Bryant’s life, career, and legacy began pouring in following his untimely death on Sunday in a helicopter crash that killed nine, including his 13-year-old daughter Gianna, there were many that thought immediately to his final performance on an NBA court.

That 60-point outburst, on 50 shots, in a comeback win over the Utah Jazz was quintessential Kobe. He was hitting everything, from contested threes, to snaking layups, to his patented midrange fadeaway. It was a sensational performance that few will forget watching, and for Mike Tirico, who was on the call that night, he had a specific memory of the very end that he recalled in a recent interview with Ryen Russillo on The Ringer.

Tirico mentioned Gordon Hayward stepping into the lane on Bryant’s final free throw attempt to give him 60 points, and believed it to be intentional, given how obvious it was. He saw it as an example of the reverence for greatness that permeates throughout the NBA, as Hayward was intentionally ensuring Bryant would get an extra shot at 60 points if he needed it. It was a story many enjoyed and latched onto, but Hayward decided to clear the air on Monday night, denying it was a purposeful act.

It has also come to my attention that there is a story going around tonight about an intentional lane violation that I took to ensure Kobe would get his 60th point in his final game and many are applauding me for the gesture. The fact of the matter is that is not true.

That was a night that I will truly never forget as I can remember almost every moment of it and my goal that night was to compete as hard as I possibly could against Kobe because that is what he was all about and I wanted to give him my very best.

He got 60 on me and I didn’t give him anything free all night. What happened on the free throw line was not intentional. Kobe would have lost respect for me if I gave him something free. That’s what made him so very special!

Rest In Peace Kobe. I’m so honored to have shared our time on and off the court together!

It’s understandable why Tirico would’ve seen it as intentional, as Hayward falls into the lane so early and so clearly that it certainly seems plausible it was a conscious decision. However, Hayward insists it was nothing of the sort, noting Kobe wouldn’t have wanted to have been given anything, and that he wasn’t given anything all night in his 60-point finale.