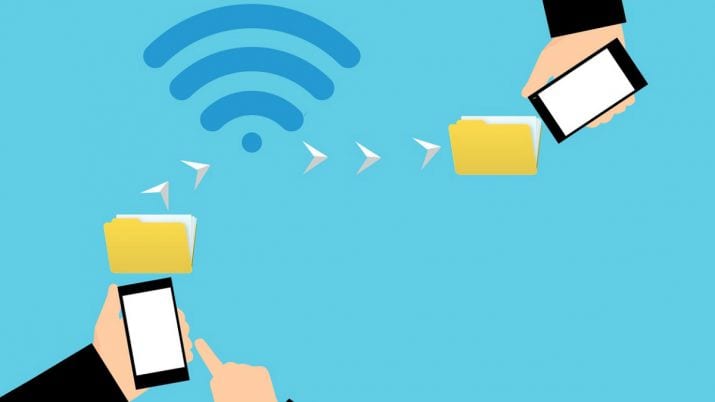 Google is allegedly getting ready to release ‘Nearby Sharing’, its own version of Apple’s AirDrop, the feature that allows you to wirelessly transfer files between Apple products, says an XDA Developers forum.

XDA Developers’ Mishaal Rahman explains the possibilities: Android devices may be visible to all nearby Google contacts, only contacts of your choosing, or keep devices hidden so that the user manually accept all file requests. Nearby Sharing would use Bluetooth to determine which compatible devices are — wait for it — nearby.

The release of this feature would render others obsolete, such as Android Beam. Also launched by Google, Android Beam was meant to give users a medium to share content by tapping their phones together. But its use has faded out into oblivion.

Battle Of The Brands.

While Oppo, Vivo, and Xiaomi reported software that would let device owners transmit files wirelessly between phones made by any of these companies, Google still needs to find a replacement for the Android Beam that works across all devices. The company does have an app called Files by Google that allows users to transfer files. However, the recipient must also have the app. The Nearby Sharing feature is expected to be built in “at the operating-system level, removing the need to download a specific app in order for it to work,” as stated by Business Insider. XDA Developers also reported that Samsung is working on its own alternative called Quick Share.

It turns out Nearby Sharing has been around for some time now. According to 9To5Google, Google’s Nearby Sharing is the newest version of what was previously known as “Fast Share.” With the latest Google Play Services update, the update was rebranded as “Nearby Sharing” on Android.

The only restriction is physical. Nearby Sharing will only work if the devices are within close proximity to each other — Google mentions “within 1 ft.” Not certain if this is permanent, but this is likely to oppose a feature Apple’s AirDrop has. Apple users can send files to nearby iPhones and iPads from a fair distance away. Nevertheless, mandating devices to be so close together might become an obstacle.

Based on the fact that the cybernetic pseudo-war between the brands is still happening, there is no other choice but to state the elephant in the room. It is a fact that this new Android feature really is just an AirDrop clone. Not necessarily a bad thing, but it is something Apple costumers can use against Android users. Nevertheless, the feature, as seen in Mishaal’s video from XDA, looks quite sophisticated and is in fact a tool that has been coveted by many (Apple or not).

The feature may not be ready yet. This is depicted as lacking from the presentation. According to Android Authority, It’s not clear from the video whether or not you’ll be able to request a nearby friend to share an item with you. Mishaal only demonstrates the sender requesting approval of the recipient.

According to XDA, this product will be available on any device running Google Play Services, also known as every device released outside of China. In other words, there shouldn’t be any problems with devices from different developers sharing with each other. There is however still a catch. Just like AirDrop only works amongst Apple users, Nearby Sharings will only work between Android users. If your friends that have different phones than you, chances are you won’t be sending them any files through the feature.