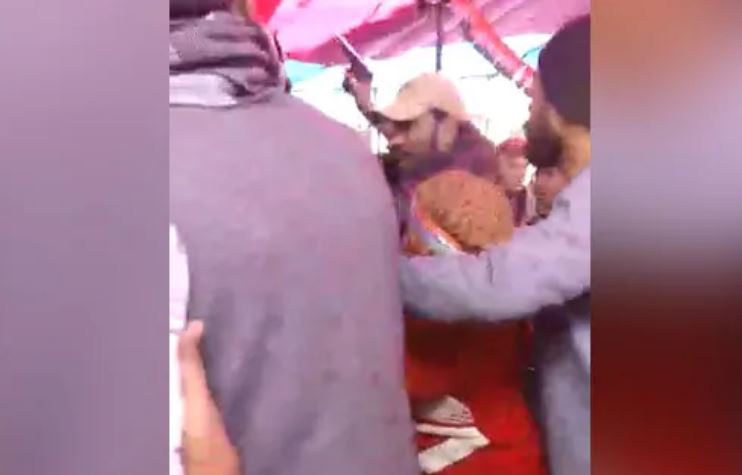 New Delhi: A major scare was witnessed at Shaheen bagh Tuesday as a man carrying pistol entered Shaheen Bagh– protest site in the national capital– carrying a pistol before being overpowered by the protestors. A video has been shared by news agency ANI which says that the man who had gone to talk to protestors brandished a licensed pistol at the protest site.

The development comes a day after the Union Minister Anurag Thakur was caught on camera raising slogans calling ‘‘shooting dead the traitors,’ at a poll rally in Rithala.

The protest at Shaheen Bagh has been going on over a month against Citizenship Act, which the critics say discriminates Muslims. The protest site has emerged as the biggest poll issue ahead of the assembly election in Delhi, which will go to polls February 8.

As part of the protest, the agitators have blocked a key road that connects Delhi to Noida causing inconvenience to thousands of city dwellers. The blockage has affected the lives of local shop owners as they are facing financial losses following closure of shops.

The remarks were made after the Union Minister & BJP leader Ravi Shankar Prasad had alleged that Delhi’s Shaheen Bagh is not an area anymore, it is an idea, where the Indian flag is being used as a cover for the people who want to divide the country, and supported by tukde-tukde gang. This protest is not just a protest against Citizenship Act, it is a protest against Modi,” he had said.