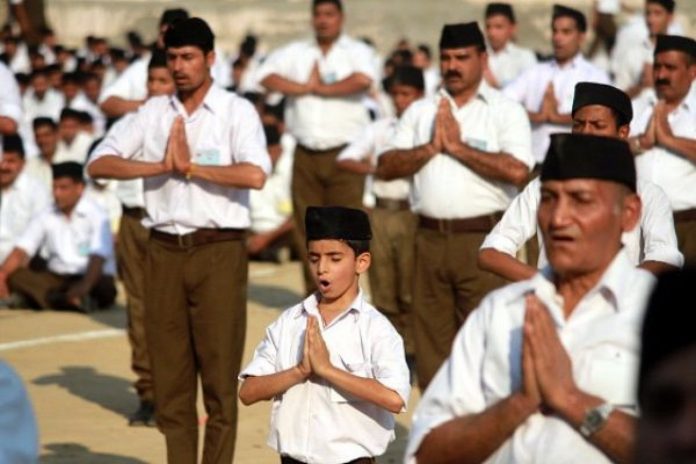 An intelligence input by the Intelligence Bureau (IB) has warned leaders and the offices of Rashtriya Swayamsevak Sangh (RSS) as they can be potential targets of global terror organisations, which could use IEDs or vehicle-borne improvised IEDs (VBIEDs) to carry out these attacks.

As reported by news agency ANI, the attacks can take place in Maharashtra, Punjab, Rajasthan as unknown individuals, possibly linked to some global terror groups are planning to target RSS offices/leaders and police stations. As per reports the intelligence bureau has asked all concerned state governments to take appropriate steps to beef up the security of these establishments.

Keeping in view the threat, security has been increased in Maharashtra, Delhi, Punjab, Rajasthan, UP and Assam and security of office bearers are also under review.

In January this year, RSS man Varun Bopala was attacked and stabbed after a pro-CAA rally in Bengaluru, Karnataka. 6 SDPI supporters were arrested for the same. They had also planned to attack BJP MP Tejaswi Surya. Varun was attacked because the attackers could not get close to Surya due to the presence of security personnel around him.