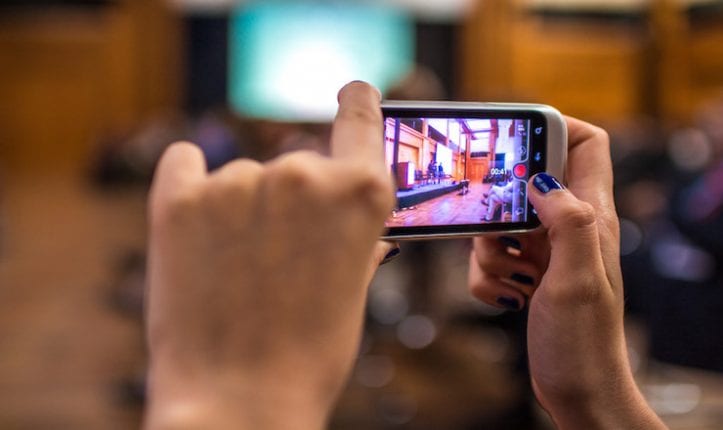 The issues surrounding consumer privacy and location data have reached a boiling point, with national media outlets and industry watchdog groups calling for increased regulations. Rather than waiting for additional rules to come down the pipeline, some technology companies are taking a more proactive approach.

While the industry waits for full enforcement of California’s Consumer Privacy Act (CCPA) to go into effect later this year, the mobile advertising, location solutions, and data company Gimbal is actively working to position itself as a leader in the consumer privacy space. The company recently launched a mobile app called LocationChoices, which gives consumers more control over how their data is used. Gimbal is also building a coalition with other industry players that would give participating vendors a way to systematically honor the requests of individual consumer opt-outs.

“Privacy has become a mainstream topic—and concern—for many Americans. They have been impacted by data breaches and have seen what can happen when information about them gets into the wrong hands. Media outlets have put consumer data collection and use under close scrutiny lately—and rightly so. There have been countless articles written about what can go awry,” says Gimbal Chief Operating Officer Matthew Russo. “Even though most organizations in our space think very deeply about the implications of processing and using such sensitive data and have built safeguards to protect against these violations, we felt there was an opportunity to give consumers more choice.”

Gimbal’s new LocationChoices app provides a more flexible framework to opt out of use cases where location data is passed to outside parties, even if those organizations have contractual rights to use the data. Current opt-out information is usually buried in a sea of lengthy privacy policies. With the LocationChoices app, consumers have a straightforward way to opt out of handing over any information they’re uncomfortable sharing. Russo believes LocationChoices will make it easier for consumers to exercise their rights under CCPA.

On the back end, LocationChoices was built in a way that creates a master blacklist of devices of those consumers who do not want their location data shared or used by third parties. The list can be ingested by participating technology partners.

“We believe that much of the concern, and therefore demand for a tool like this, has been created due to a poorly designed user experience. The harder it is to do something—consider the last time you tried to cancel your cable subscription—the more frustrating it becomes. No one wants to read through a dozen legal documents and then make individual opt-out requests to apps, brands, or publishers who may have the contractual right to share or sell their data,” Russo says. “Making a traditionally complex process easier allows people to put their desires into action.”

While the LocationChoices app is designed for consumer use, Russo says the benefits of a product like this extend to Gimbal’s business clients, as well. For example, app publishers who monetize their audiences through data sales will likely find that LocationChoices makes it easier to adhere to new regulations. When app users click a single “Do Not Use” button, they’re added to a digital list that’s honored by all of Gimbal’s coalition partners. The functionality of apps from first-party developers will remain intact unless a user decides to deactivate location services at the device level.

Gimbal’s app could also help advertisers. For example, advertisers will be able to find out when a consumer opts out from the sale of his or her information from a publisher or an app developer. That information would then be useful to advertisers who want to prevent accidentally using that data downstream.

“LocationChoices reduces liability for brands and advertisers by providing an additional layer of compliance—both immediately and in the long run,” Russo says.

Gimbal’s long game extends far beyond the launch of a single consumer-facing mobile app. And while the company’s interest in privacy may seem counterintuitive to its business model, Russo says he’s confident that leading with increased transparency is the only path forward.

“In the mid- to long term, we want to pass this app and privacy framework off to a neutral industry organization like the MMA or DAA. The goal wasn’t to build a Gimbal-only solution,” Russo says. “Now that the app is broadly available, we’re excited to partner with our peers and ensure as many consumers are protected as possible.”