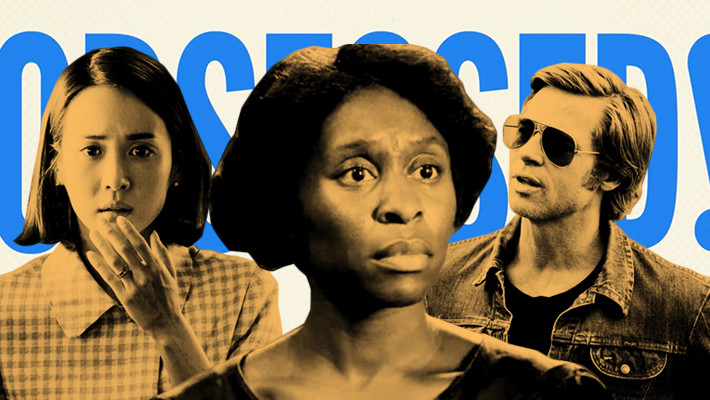 The Oscars mark one of the most anticipated nights in cinema, with Hollywood’s biggest stars gathering to give golden-statue-shoutouts to the films and performances everyone’s been raving about all year long. From dark horse foreign language flicks to just plain dark comic book masterpieces, Quentin Tarantino’s revisionist love letter and Martin Scorcese’s mobster meditation, the 2020 Oscar race is crowded with favorites and newcomers that have upended the box office and shaped the future of movies in surprising ways.

Which means, before the 92nd Academy Awards take place on February 9th, we’ve got a lot to talk about. Luckily, Obsessed’s Britt Ellis and Taylour Chanel — who’ve been on top of their award-season game, giving us some killer 2020 Golden Globes commentary on their first show — are back to break down the most exciting nominations before this year’s show.

In the latest episode of UPROXX’s pop culture video series, the ladies dig into the controversy and criticism surrounding the storied awards ceremony, covering everything from the continued influence of #OscarsSoWhite to the lack of diversity among the nominees and the Cinderella story of Bong Joon Ho’s twisted drama Parasite. “Parasite is an incredible film and I was excited to see it get the nods it deserved,” Chanel tells UPROXX. “It’s an important moment for cultural representation.”

Both hosts point to Cynthia Erivo’s potential history-making win for Harriet as a possible highlight of this year’s show. The actress could become the youngest EGOT winner if she scores the Oscar for her gripping performance in the period drama and Ellis says she more than deserves it:

“A win for Cynthia would signify that someone at the Oscars is listening to the cries of the people,” Ellis says. “We want diversity, real diversity. We want to see fresh faces win.”

Our pop culture aficionados also show some love to Tarantino’s Once Upon A Time In Hollywood, a nostalgic ode to cinema’s golden era that’s sprinkled with cults, Manson family history, and the director’s love for gore and violence. Will Brad Pitt finally take home an Oscar? Will a foreign language film nab the first Best Motion Picture award? Get your Oscar ballots ready because we’re priming you for all the awards’ night action with the above video.