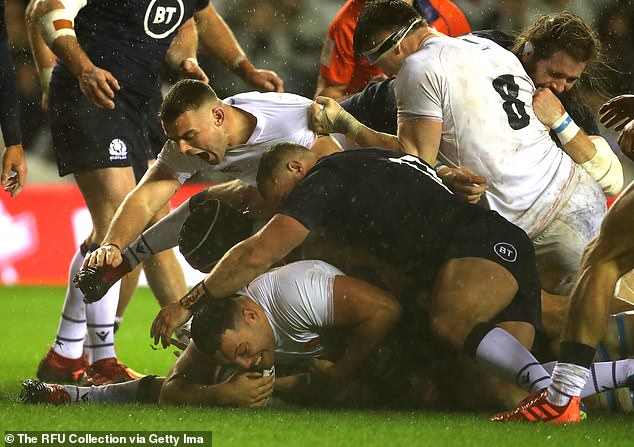 It was fitting that on a wild day in Edinburgh, England won back the Calcutta Cup thanks to a decisive intervention by the wild man in their pack.

Ellis Genge typified the spirit of simmering defiance which propelled his side to victory. First, the Leicester prop, dubbed ‘wild and not yet tamed’ by Eddie Jones, demonstrated his credentials as one of the ‘finishers’ by scoring the try that settled this weather-scarred Six Nations encounter.

Then he gave voice to the collective angst in the camp which had spurred them after the opening weekend loss to France in Paris.

The 24-year-old loosehead came on just before the hour with the teams tied on three points.

He was soon making his presence felt as England’s pack turned the screw in the scrum, and Genge carried the ball into the home defence in rampaging, aggressive fashion. Then came the key act.

Stuart Hogg carried the ball over his own line under pressure from a kick by George Ford and the visitors had a five-metre scrum in front of their rivals’ posts 10 minutes from time.

Owen Farrell blasted towards the line and from the subsequent ruck, Genge picked up and drove over to score, aided by Maro Itoje and other Red Rose forwards.

Farrell converted and that was it. It was an occasion when the result was all that mattered. 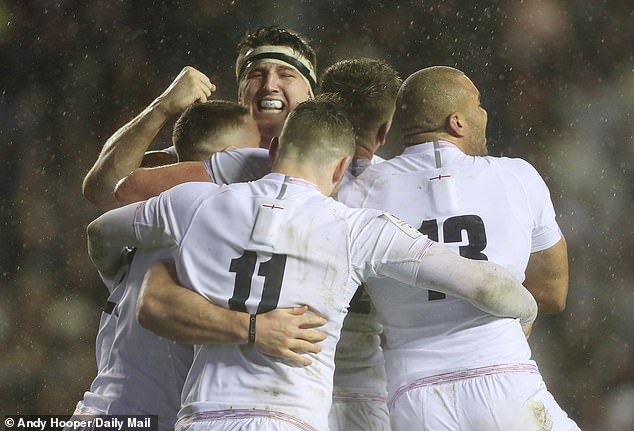 England needed a victory and they got an ugly gem of a win away from home which keeps their title hopes alive ahead of home games against unbeaten Ireland and Wales.

The aftermath said much about the unified sense of purpose among the victors in the face of fierce criticism after their 24-17 loss in the French capital.

Genge, a proud Bristolian, dismissed the critics as ‘sausages’ and added: ‘We didn’t get the result last week, which you lot (media) made very apparent. This week, we did.’ He hadn’t lacked motivation for this tricky quest to wrest back the Calcutta Cup after Scotland won it at home in 2018 and retained it last year by fighting back from 31-0 down to draw 38-38 at Twickenham.

Scottish celebrations after the last Murrayfield encounter had added fuel to the fire. ‘You’ve seen that video of them lot singing about us two years ago,’ said Genge. ‘You can’t expect us not to take that personally. 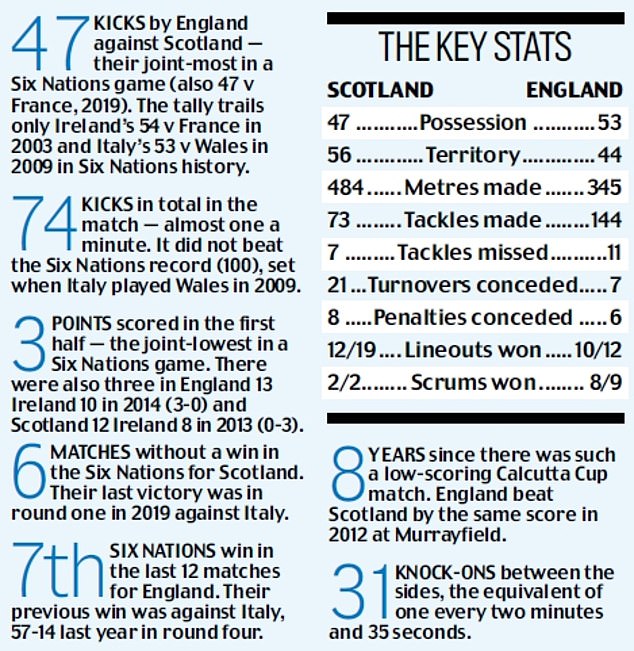 ‘And then you see people trying to attack Lewis (Ludlam) for saying “it’s a war”. It’s like, “Come on, don’t be arsey about it”. We want to beat them, they want to beat us. Those are facts.’

England were upset about criticism aimed at Ludlam after his fired-up remarks about the rivalry with Scotland, which he depicted as a ‘war’, based on mutual hatred.

Those present recognised that the Northampton flanker was merely employing terminology which has long been a staple of these cross-border showdowns — and also that no such fuss is made when England’s neighbours fire antagonistic barbs their way.

‘Then we say something this week and Lewis gets attacked by the press. It fires me up, but the team don’t use it, no.’

Whatever lit the fuse, it worked. Genge’s strike meant England won by showing the ruthless streak in the opposition 22 which they had so emphatically failed to do in Paris. 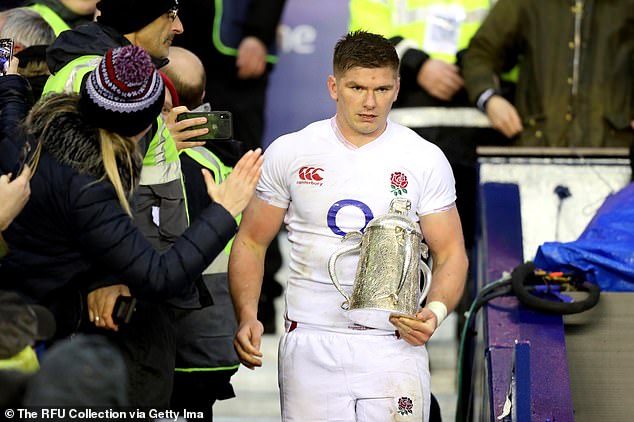 ‘I was told to make a dent,’ said the match-winner, who certainly did that. He went on to describe how Jones has been a ‘harsh critic’, during his prolonged international apprenticeship.

But the head coach offered a resounding endorsement when asked about the man who under-studied Mako Vunipola, saying: ‘You can always tame a horse, but it’s pretty hard to put wildness into a horse. I don’t think he’s ever tamed.

‘He’s still one of the horses that kicks and punches, but he knows which direction to go in and he knows when to go with the pack now. He’s matured, he’s worked hard on his mentality and his physical fitness. We’re so pleased with his progress.’

After all the doubts cast on Jones’ decision to persist with Tom Curry, an openside flanker by trade, out of position at No 8, the Sale rookie fared far better than he did in Paris.

It turns out he had been receiving tips from the man he has been given the task of deputising for, Billy Vunipola.

‘Billy has been a massive help for me,’ said Curry. ‘It’s mainly been texts — just little nuggets of advice. Obviously he’s a lot heavier, but you have the classic laws of No 8 that he’s able to fill that I might be missing.’

Ben Youngs spoke of how the result could act as a ‘springboard’ for England’s campaign and added: ‘When you come to a hostile place like Murrayfield it makes it even better to come and get the result. Ugly or not, we got the result.

‘People sit there and they’ve got no appreciation next to their nice wood burner. It was pretty rank.’

Sam Underhill added: ‘It was massively important. We need to win the rest of our games. We don’t want to shy away from that.’

England certainly didn’t shy away from that, least of all the wild man of their pack.