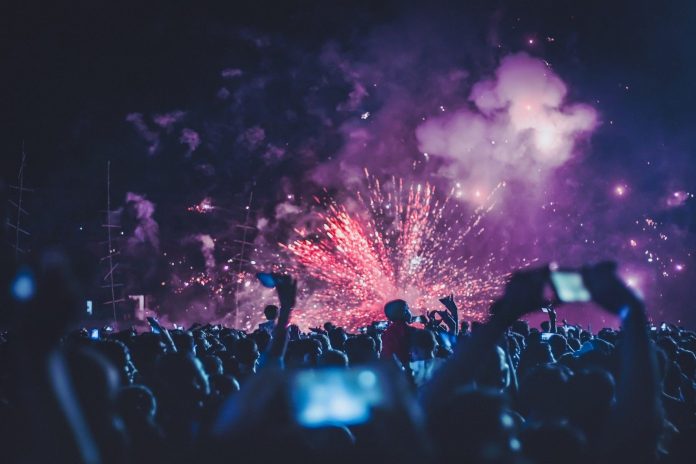 When the Reading & Leeds Festival announced its 2020 lineup, some fans reacted with excitement and some with criticism, you know how it usually goes. But looking closer, an ongoing issue within the music industry remained highly prominent: gender inequality.

Out of the 92 announced artists for the festival, only 20 of them include women and non-binary individuals, or are led by women.

Annie Mac, a DJ with the BBC, tweeted about her disappointment with the festival’s lineup; she mentioned the “blatant lack of want to represent women” performing at the festival.

However, this is not the first time edits of this festival’s lineup appeared on social media. According to The Guardian, this tradition came to be in 2015, after the festival announced nine female acts. So it is safe to say that the Reading and Leeds Festival is not new to this kind of criticism.

Speaking Out On The Matter

Laura Snapes, Deputy Music Editor at The Guardian, and Matty Healy, frontman of The 1975, discussed the issue at hand with gender inequality at the Reading and Leeds Festival over on Twitter.

As Snapes tweeted that a headliner like Rage Against the Machine should use “their leverage to demand equality,” she nudged for Healy and his band to “add a condition to your rider that says you’ll only play festivals that commit to X% (ideally 50%!) acts that include women and non binary performers.”

Promptly, Healy agreed to do so, also saying to take his tweet as him signing a contract.

Healy and The 1975 previously announced a special, one-day show at London’s Finsbury Park set for July 11; the festival-like show features seven supporting acts, with six of them featuring female artists.

While the purpose of the show is to bring environmental awareness, Healy stated how the primarily female lineup was not necessarily a statement, but it represents what he and his fans listen to so “it doesn’t make sense that there’s such a lack of representation [in festival lineups].”

Gender Inequality in the Music Industry As a Whole

The lack of female representation in the world of music is no stranger to our eyes or ears. For years, women in music have fought for their right for visibility in the industry, from performances to winning awards to pay gaps.

In January, the Recording Academy placed CEO Deborah Dugan on administrative leave days before the 2020 Grammy Awards; this came following a complaint she filed with the Equal Employment Opportunity Commission (EEOC); she touched on the inequality and “boys’ club mentality” she witnessed when it came to voting for the Grammys.

A well-known controversy of gender inequality in the music industry takes us back to the 2018 Grammy Awards. #GrammysSoMale began trending after Alessia Cara became the only female artist receive one of the main awards during that year’s telecast. In addition, former Recording Academy President and CEO Neil Portnow explained how women needed to “step up” if they wanted recognition; he later apologized for his comments.

In 2019, Professor Stacy L. Smith and the USC Annenberg Inclusion Initiative released an industry report which showcased the lack of women in music. The study—conducted between 2012 and 2018—explained that women in the music industry only make up 21.7% of artists, 12.3% of songwriters and 2.1% of producers.

Smith stated that the biggest barrier women face is how the industry thinks about them.

“The perception of women is highly stereotypical, sexualized and without skill. Until those core beliefs are altered, women will continue to face a roadblock as they navigate their careers.”