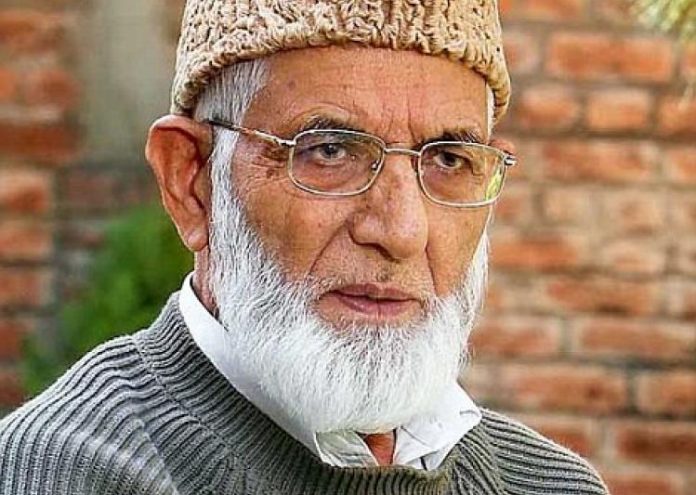 Reportedly, the services were snapped late on Wednesday night after some social media posts claimed the health of the 90-year-old Geelani deteriorated, the officials said. The security arrangements have also been scaled up at specific ‘vulnerable places’ across Kashmir, said the officials.

As per an IANS report, in a late-night development, the All Parties Hurriyet Conference released an ‘urgent’ statement from Muzaffarabad, Pakistan Occupied Jammu and Kashmir, saying that all Imams and people should rush to Eidgah, Srinagar, for the funeral in case Geelani breaths his last.

In a two-page statement, Hurriyet announced that Geelani (90) has recently expressed his wish to be buried at the Mazar-e-Shuhada, Eidgah, Srinagar. Hurriyet, which has its office in Muzaffarabad and Islamabad, also appealed to the people of the Valley to be respectful to the leader and join the funeral. They have also laid out route plans for individual areas in the valley for Geelani’s funeral prayers procession.

However, Geelani’s family and government sources have said that his condition is stable. There were some speculative reports that Geelani had passed away on Friday evening. However, his son Naseem Geelani refuted the reports as rumours and said that his father was stable.

Syed Ali Shah Geelani is considered as the senior-most Hurriyat leader, which itself is sponsored by Pakistan. Geelani was previously a member of Jamaat-e-Islami Kashmir but later on founded his own party by the name of Tehreek-e-Hurriyat. He has served as the Chairman of the All Parties Hurriyet (Freedom) Conference, a conglomerate of separatist parties in Jammu and Kashmir.

Geelani became an MLA from Sopore constituency first in 1972 and went on to become MLA for two more terms.

Geelani is over 90 years old. As per reports, he had developed a chest infection and has not been responding well to treatment.