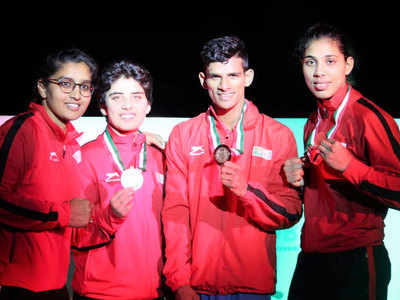 Chauhan, a South Asian Games gold medallist, went down fighting against Kazakhstan’s Aibek Oralbay in the final after getting a walkover in the semifinals. Chauhan lost his bout 0-4 in a unanimous verdict.

Gulia (51kg) also settled for a silver after she lost a hard-fought final 2-3 to Russia’s Soluianova Svetlana. Gulia earlier made it to final after defeating Canada’s Mandy Bujold in the semi-finals with a unanimous verdict.

Sachin settled for a bronze medal in the 57kg category at the championships.