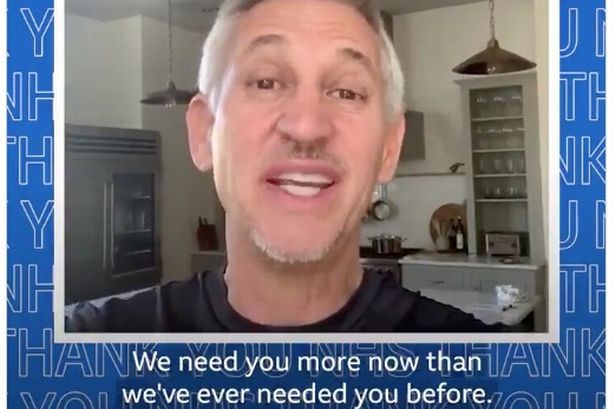 Gary Lineker joined the nation in paying tribute to the NHS as he posted his first video from self-isolation amid the coronavirus pandemic.

Lineker said “a massive thankyou” to health service workers on the night that the UK took part in the ‘Clap for Carers’ campaign to show their appreciation for those working on the Covid-19 frontline.

Millions across the country took part in the nationwide round of applause for doctors, nurses and other health service staff from their windows, doors, balconies and gardens at 8pm.

And Match of the Day presenter Lineker joined in by posting his own video message to the NHS.

“I just wanted to say a massive thankyou to all of you at the NHS,” said Lineker in the video, which was posted to Twitter and on the BBC website.

“What an incredible job you’re doing.

“We need you more now than we’ve ever needed you before. We’re full of admiration and appreciation for everything that you’re doing.

“You’re going well above the call of duty. Thankyou so much to every single one of you.”

After the nation had joined together to applaud NHS workers, former England striker Lineker then posted a separate message on Twitter hailing the emotional tribute.

He tweeted: “Extraordinary togetherness and support across the country for our brave and brilliant NHS doctors, nurses and carers. Brings a tear to the eye. Wonderful. Thank you. #clapforourcarers ”

Other leading figures from the football world who too part in Clap for Carers included ex-England captain David Beckham and Leicester City striker Jamie Vardy.

Arenas including Wembley, the Tottenham Hotspur Stadium, Cardiff’s Principality Stadium, Wolves ‘ Molineux and Bristol City’s Ashton Gate were illuminated at 8pm as a salute to the NHS and the courageous efforts of everyone involved in the nation’s healthcare system. 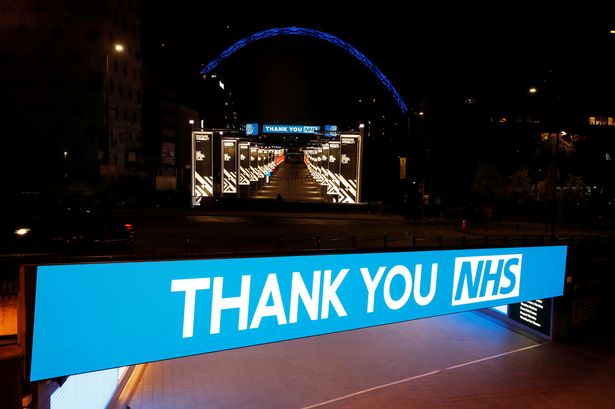