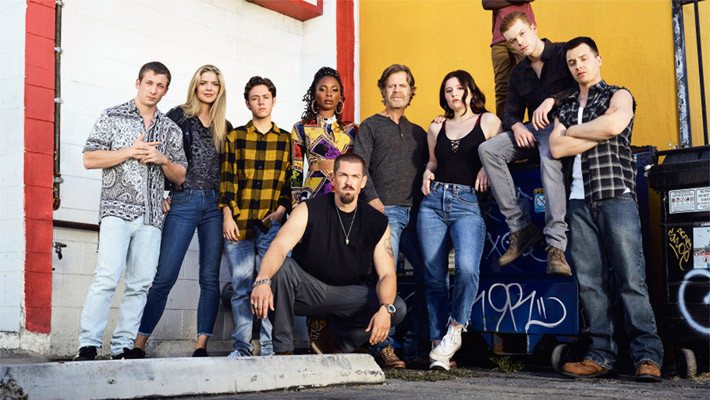 Showtime recently renewed Shameless for an eleventh and final season. This decision came a full season after Emmy Rossum’s departure as Fiona following a long lead-up. In contrast, this season appeared to drop a substantial slip up — Lip deciding to leave the Gallagher home and move two hours away with Tami and their baby — without much notice. Well, that didn’t actually happen. Further, things got really messy (and tragic) with Lip in this season finale, but first, the good news.

“Gallovich” officially happened. Ian and Mickey Milkovich tied the knot after things looked hopeless on several occasions, and Mickey became a Groomzilla. The actual ceremony went off without much of a further hitch within their relationship, even though Mickey’s dad burnt down the planned venue, but that gave rise to a better shindig. Ultimately, the wedding was everything fans probably wanted it to be. Frank behaved himself for the first time in years, and then we heard about another impending wedding when Kevin (finally) proposed to V. That was a nice lead-in, too, with a fake-out about Kevin lying about money, but really, he was only trying to actually pull off a surprise.

As for Mickey and Ian, your guess is as good as mine on whether they’ll be happy together long-term. I hope they at least make it through the series because they both appear to have finally realized they’re damn lucky to have each other. Mickey should feel especially grateful because there’s no telling when homophobic Terry will try to kill Ian again. He did open fire on their honeymoon suite, but all was well.

All was not well, however, where Lip is concerned. After a major blowout fight with Tami outside the wedding, he ended up hitting the booze. The figurative funeral arrived for his sobriety, and Jeremy Allen White continued to crush his portrayal.

Years of hard work poured down the drain, but this move guaranteed that Lip won’t be leaving the show. In fact, he’s now further cemented as the series’ emotional center while embodying the Gallagher essence. There are facets of Lip that represent nearly every other character of the show, and watching his journey (at times evolving and devolving through our very eyes) throughout the series is truly heartbreaking. Things are never as real for anyone else on Shameless than they’ve been for Lip. He went to college, after all, the only Gallagher to do so, and everything still fell apart for him.

Furthermore, Lip still doesn’t know how to take care of himself. I was actually wondering at the beginning of this episode how he was keeping himself together in the lead-up to the wedding. Tammy had taken Fred and left Lip with her key and a “go f*ck yourself” note, and Lip’s first course of action was to check up on whether Ian had taken his bipolar meds before his stressful day. Fiona’s still gone and will stay that way (no one even mentions her during this finale, although Monica got a shoutout), so Lip’s the one picking up everyone’s pieces. Even when he had a chance (again) to make a new life for himself, he chose to stay. This incensed Tami, and then they had the shouting match outside Ian’s wedding party. One can hardly blame Tami for her brutal words, for once, although they had a devastating effect on Lip.

Like Fiona, Lip is hopelessly codependent, and that also expresses itself through his alcohol dependency. And I mentioned a few episodes ago that we haven’t seen him at AA meetings lately, but fortunately, we saw him walk that way near the end of the finale. Whether or not we’ll see him fall off the wagon again next season, I’m not sure. He never really had a shot at normalcy or stability after growing up with the most dismal TV parents imaginable. Lip couldn’t handle the reality of leaving his siblings alone because he feels the need to protect them, but of course, that means that he’s giving up on really being there for his own baby. Tami did appear to have a change of heart, but I don’t expect it to last long. Lip’s unilateral decision to rent a nearby house for them will likely spark future conflict.

What else do we have left to consider before the final season of Shameless arrives this summer? Well, Debbie’s on the run from the police after Julia’s mom reported Debbie for statutory rape. According to series creator John Wells, she’ll be required to register as a sex offender next season. It’s a disaster, but this actually feels like some post-dated comeuppance for Debbie. Remember back in the fifth season, when she lost her virginity (and became pregnant) by raping Derek? That got glossed over, but yeah, Debbie is not a decent person, and I think a lot of her terrible acts got swept aside in Frank’s shenanigans. After pausing to consider how messed up the whole Debbie situation really is, there’s no way the writers can justify having Lip leave her in charge. Let’s hope his AA gets him back on track because if anyone (besides Ian and Mickie) deserves a heroic outcome on this show, it’s definitely Lip Gallagher.

Showtime’s ‘Shameless’ will return this summer for a final season.