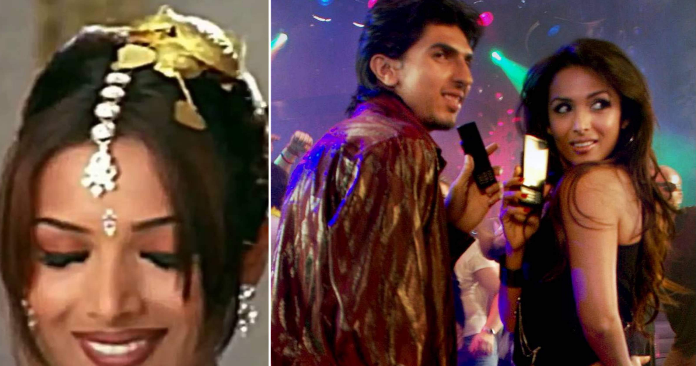 Malaika Arora, popularly called the Dancing Diva, is one of the most popular actresses in Bollywood. She is known for her dance numbers in many popular songs like Munni Badnam Hui, Chaiya Chaiya, Anarkali Disco Chali, and many more. The beauty is often trending on social media for ravishing photos she posts on Instagram. Read on for interesting facts about Malaika Arora here.

1- Malaika was born in Mumbai, Maharashtra, on October 23, 1973. Her mother, Joyce Polycarp, is a Malayali Catholic, and her father, Anil Arora, was a Punjabi native to the Indian border town of Fazilka.

2- Her parents got divorced when she was just 11 years old.

3- Malaika once revealed that she was a tomboy in her childhood and she hated girly stuff. Well, that’s hard to believe now!

4- Malaika started as a VJ for MTV and later became an interviewer and co-host for various programs by MTV and other channels. She then entered the Modelling world and also appeared for many Bollywood songs.

5- Her breakthrough came through her item song Chaiyya Chaiyya with Shah Rukh Khan in Dil Se in 1998.

6- The diva has been training in ballet, Bharatnatyam, and even Jazz ballet since age 4. No wonder she dances so well.

7- You will be shocked to know that Malaika never wanted to become an actress or model. She, in fact, wanted to be a teacher. She was keen to learn child psychology and was interested in pursuing her career in the related field. But destiny played its own game and we can’t be more thankful.

8- Malaika was already very popular with cameos and songs in different films. But she got a significant acting role in the movie ‘EMI.’

9- Ms. Arora married Salman Khan’s brother Arbaaz Khan when they first met for an ad shoot in the 90s. They have a son Arhaan Khan.

10- However, they got divorced in 2019 and are busy with their personal lives.

11- Malaika and Arbaaz started a film production house in 2008. They have produced films like Dabbang and Dabbang 2, which were successful at the Box-Office.

Dream To Dance With Hrithik

12- Malaika said that it is her dream to dance with Hrithik Roshan. She also said she could do anything to get a chance to dance with him.

13- Malaika is undoubtedly one of the fittest and hottest actresses of Bollywood. Be it a sensuous bikini, or gym wear, or party wear or traditional wears, she looks gorgeous in everything she wears. She credits a healthy diet and regular exercise for her glamorous looks.

14- Malaika Arora’s fitness regime includes Yoga, squats, kickboxing, free weights, medicine balls, and body weight to keep her fit body on point.Her tough workout regime is the reason why she looks so hot even at the age of 46. She can still give young actresses a run for money.

Soon To Be A Kapoor?

15- Malaika and Arbaaz divorced last year, and since that, there are reports of Malaika dating Arjun Kapoor. The two have been sharing pictures on social media, which confirms their dating rumors. However, the couple is in no mood to marry anytime soon and just want to enjoy each other’s company as of now!

What do you think about these facts of Malaika? Do let us know in the comments section. Stay tuned to us for more Bollywood facts, news, and updates.