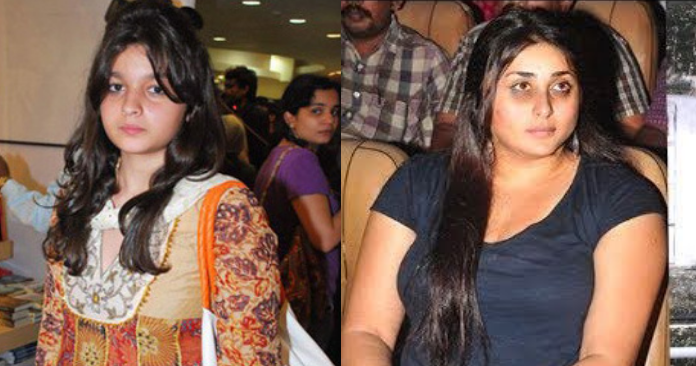 Bollywood Actresses are super conscious about their looks and fitness. Most of the actresses spend hours at the gym every day and make sure to follow strict diet plans regularly. That’s why they can dance so well and look fresh wherever they go, and whatever role they are given, they can ace it.

But did you know that once many of these actresses were not always fit and had to go through a massive weight loss process? If you are looking for inspiration to get fit, here is the Weightloss Journey Of Bollywood Actresses.

Alia Bhatt is the daughter of Mahesh Bhatt, but that didn’t lend her role in Student Of The Year. She auditioned for the film with 200 other girls, and after being selected, she trained hard to lose 20KG+ weight in six months for the film.

Parineeti is a cousin of Priyanka Chopra; however, when she was new to Bollywood, she was trolled by costars and other people for her weight. She worked hard for a few months and transformed from size 38 to 30 and lose over 28 KG weight.

The Kapoor princess, who is now appreciated for her size zero figure and beautiful looks, was once not this fit and fabulous. To become an actress, she followed a strict regime and lost 20 KG weight.

Sonam has always spoken proudly of her weightloss journey. Before her Bollywood debut, she started working hard to lose weight, and by the end of Sawariya, she had lost 35 KG weight.

In an interview, while talking about her weight loss, Sonam said:

“In all fairness, it was my mother who helped me get rid of my excess weight. The first thing she did was to keep me off the stuff I was so fond of as a teenager- chocolates, ice creams, fried foods, and sweets.”

Bhumi is one of the most talented actresses in Bollywood. She took a massive risk by gaining weight for her debut film Dum Laga Ke Haisha, opposite Ayushmann Khurrana. She received appreciation for her acting and courage.

Later, she underwent a massive transformation by losing 21 KG in just four months.

While talking about her diet plan, she said, “It sounds fancy but I never went to a dietician or a nutritionist. Till now, it has only been my mother and me. I used Google search and my mother’s vast knowledge on food to lose weight. Apart from being physically active, simple home-cooked meal is the most effective way for weight loss. The two of us came up with a diet plan.”

Sonakshi made her debut with Dabbang opposite Salman Khan. She was highly trolled for not being in shape as compared to Malaika Arora, who had a dance number in the film. She undertook a special diet regime and worked out sessions. She used to weigh around 90 KGs before her debut and lost 30 KGs weight.

Two films old Sara Ali Khan had to undergo massive weight loss to make a career in Bollywood. From having a 96 kg weight to being the most glamorous diva in showbiz, her transformation is totally shocking and inspiring. In a candid conversation, she once said, “We can talk about acceptance and equality, but you will not watch a movie with your lead heroine being 96 kilos.”

However, she also said that she never wants to have a zero figure.

What do you think about the Weight loss journey of these Bollywood actresses? Whose journey inspired you the most do let us know in comments. Stay tuned with us for more Bollywood updates.