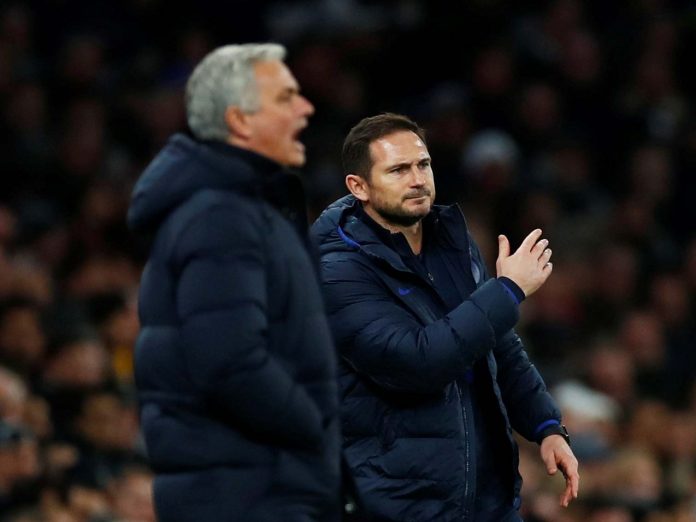 Frank Lampard has insisted there is no tension with Chelsea’s board over him dropping Spain goalkeeper Kepa Arrizabalaga.

The Spanish stopper commanded a world-record transfer fee for a goalkeeper when he joined Chelsea for £72million in August 2018.

The 25-year-old has fallen out of favour at Stamford Bridge though, with veteran Willy Caballero stepping up for the last two Premier League matches. But now Lampard has insisted he is under no pressure to select the big-money signing.

Asked if he is on a collision course with Chelsea’s board over dropping Kepa, Lampard replied: “Certainly not. That fills a lot of headlines for people. I’m absolutely together with all the club and the board, because we all want the best.

“And I’m paid to make decisions. So with form I have to consider the goalkeeper position. Recently it’s just changed, but that’s nothing final. All Kepa needs to do is train and show a great attitude, as I demand from all the players.

“And things can obviously change. But all I want is the best for the team.”

Lampard will come up against his former Chelsea manager Jose Mourinho on Saturday, fresh from the Spurs boss lamenting his lengthy injury list in midweek.

Mourinho likened his depleted forward line to “a gun with no bullets” in the wake of Wednesday’s 1-0 home Champions League loss to RB Leipzig.

But Lampard has moved to downplay the significance of Tottenham’s injuries, ahead of the Stamford Bridge battle.

“He has got attacking players, let’s get it right,” said Lampard. “Dele Alli in his best season at Tottenham was playing up alongside Harry Kane. And Lucas Moura scored a hat-trick in a Champions League semi-final last year.”

Chelsea boasted a six-point gap on Tottenham after beating their capital rivals in north London in December, but that advantage has dwindled to just one point now.

N’Golo Kante will be out for three weeks with a muscle injury, while Tammy Abraham remains doubtful due to his ankle problem. 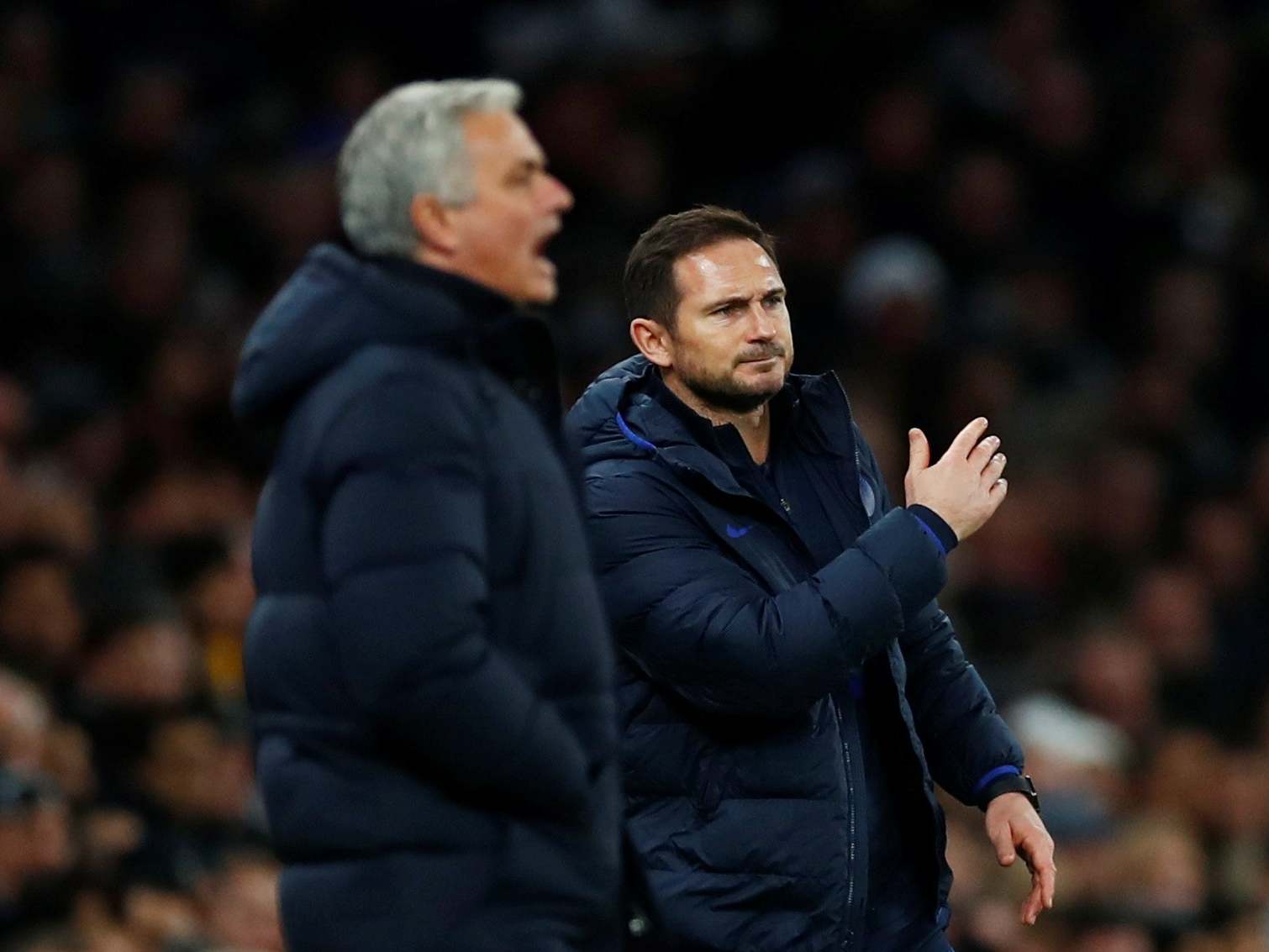 Andreas Christensen will wear a protective mask having broken his nose, but Ruben Loftus-Cheek will be in the squad for the first time this season after Achilles surgery in April.

Asked if missing out on the top four would represent a failure this term, Lampard remained cagey, replying: “That’s for everyone to judge; I work game to game to see what we can get to. A lot of eyes were drawn to the transfer ban rightly so.

“But we have a lot of games to go with it in our hands, to see if we can get to the top four. It’s going to be tough. We’re not going to be given anything, we have to go out and fight. I think whenever I speak to fans, they understand this season is a transitional year.

“We can’t please everybody but they recognised the way the team is trying to play. I’m not sure many people are talking about our injuries, but we’ve got some big ones now. Kante has only played 50 per cent of the games when he’s been a mainstay of the team for four years.

“Ruben Loftus-Cheek hasn’t kicked a ball yet. We’ve got a lot, so I think the fans respect that and see what we are trying to do. But they and we want to win games. We need to stand up, we need to fight, Tottenham are one point behind, teams are close behind us.

“The players will give everything for us, I can say that now.”