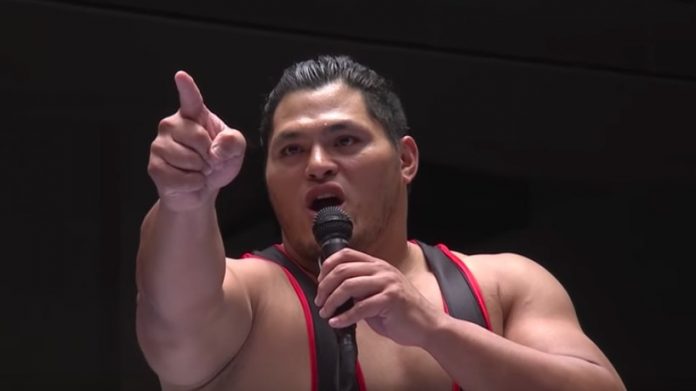 All Elite Wrestling has reportedly been looking to sign a few of wrestling’s big men, and during tonight’s episode of Dynamite, the company revealed its roster is getting a new hoss. As you can see in the videos below (or if you watched tonight’s Dynamite) Jeff Cobb is headed to AEW. His debut match is scheduled for next week against Jon Moxley, but he made his first AEW appearance a week early to help the Inner Circle beat up our eye-patched hero.

Cobb is an accomplished professional and amateur wrestler. In 2004, he represented Guam at the Summer Olympics and competed in freestyle wrestling. He started his pro wrestling career several years later in 2009 and wrestled mostly on the independent circuit.

In late 2018, he signed with Ring of Honor and started wrestling mainly for ROH with some dates in New Japan Pro Wrestling and Pro Wrestling Guerrilla. Shortly before the reveal of his AEW debut, Cobb started taking matches in independent promotions like Black Label Pro, Defy, and OTT, and was announced for the next GCW-produced shoot-style Bloodsport show.