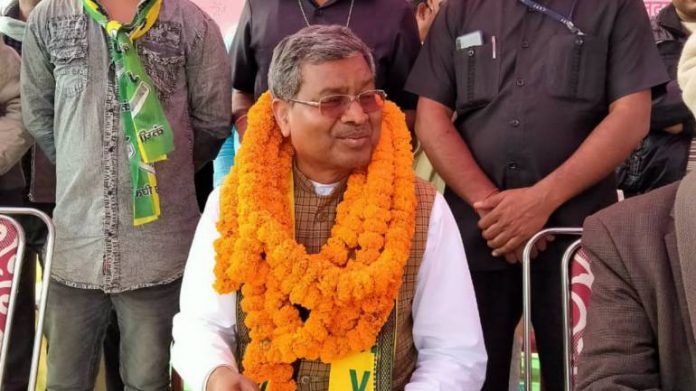 Marandi declared that his Jharkhand Vikas Morcha (Prajatantrik) will merge with the BJP with immediate effect.

Office-bearers of the party, district presidents and members of the executive committee were present in the JVM(P) meeting when the merger proposal was unanimously passed and approved, Marandi said.

JVM-P has three MLAs, but two of them – Bandhu Tirkey and Pradip Yadav – have rebelled and the meeting during the day decided to expel them from the party. Marandi will be the lone legislator of the party after doors were shown to the two others.

BJP has 25 MLAs presently in the 81-member Jharkhand Assembly. It lost power to opposition alliance of JMM-Congress-RJD in the state polls in the end of last year.

The merger announcement ended speculation about return of Marandi to the BJP. The move was triggered by the fact that even after lapse of over two months of elections, the BJP has yet not appointed its legislature party leader, apparently in the hope of Marandi’s return

To a query about his quitting the BJP 14 years ago, Marandi evasively answered ‘differences do happen even at homes’. Asked what role he expected upon merging with the BJP, he said, “Whatever.”