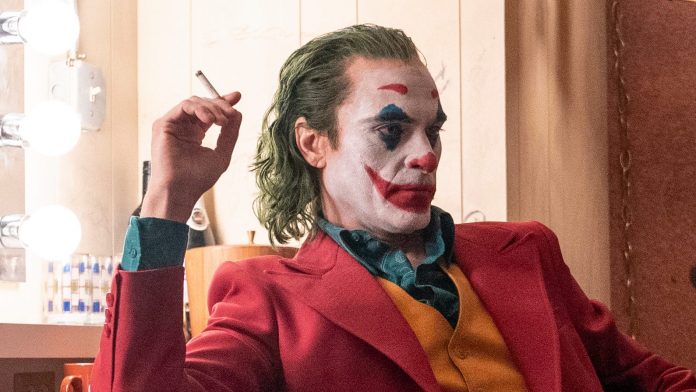 When the all-arena Game of Thrones Live Concert Experience tour was first announced in 2016, the world went crazy. Watching Game of Thrones composer Ramin Djawadi perform across the U.S. and Canada was magical.

Well now, imagine Joker in front of audiences spread across the U.S. and Canada. Did you know the 2019 film’s entire score was conducted by an orchestra…and was not digital?

Now imagine that in front of you…live, rather than embedded on an IMAX screen.

Joker is a movie that’s remained at the forefront of pop culture ever since the first trailer for the gritty comic book movie debuted. People are still talking about the movie ad nauseam with the praise and debate never ceasing.

But Why a Global Tour?

For example, does Joker deserve more Oscar nominations than Parasite or a masterful epic from the filmmaker it shamelessly homaged or ripped off, The Irishman? If there’s one matter the fans and harshest critics of Todd Phillips’ movies can agree on, it’s that Academy Award-nominated composer Hildur Guðnadóttir’s score is fantastic. Soon people all over the world can hear her music played live by an orchestra, alongside the film itself.

Joker Live Experience is an international tour which begins in London on April 30th, 2020, at the Eventim Apollo. Formerly named Hammersmith Apollo, the iconic venue was where David Bowie retired his character, Ziggy Stardust, and where some of the greatest acts alive have taken the iconic stage.

The tour will then travel Europe, although official tour dates haven’t been announced yet. For the London show, Jeff Atmajian – who was the conductor of the orchestra on the soundtrack – is conducting the show.

Guðnadóttir has been blowing up as a musician this last year. The composer and cello player has released several albums of her own in the past, collaborated often with the late Johan Johansson (Arrival), and has scored several movies and television shows, including HBO’s Chernobyl. But more importantly, she was the first woman to ever win a Golden Globe for Best Original Score. And right now, she’s the front-runner to win the Academy Award.

For the HBO show, she won an Emmy, which she followed up with a Golden Globe win for Joker. Following the announcement of the tour, Guðnadóttir released the following statement:

I’m thrilled to get to see and hear Joker in the cinema with a live orchestra. When we recorded the music, the orchestra brought such depth and detailed attention to the performances that we were all literally holding our breaths during most of the recording sessions. It was a beautiful trip. I’m so happy to get to go there again and for an audience to experience that too.

No tracks in Joker were digital; it was all orchestra. There’s something pure about the score because there’s nothing digital about it. Just like a practical effect, music played live has a more tangible quality. To hear the score live should give any attendee of the tour goosebumps. The live aspect should only intensify the movie and score.

Even in the score when it only sounds like a few instruments playing at a time, it’s often more than 100. Guðnadóttir played cello herself on the score, too, which she composed as Todd Phillips was filming the movie. That rarely ever happens. It was a very unconventional approach to scoring the movie, but it was more freeing for the composer to be led by her gut than the final film. Phillips, to his credit, gave the artist creative freedom to do as she pleased. He completely trusted her, and she completely trusted him.

In a statement, Phillips expressed his excitement for Joker – Live in Concert:

“I speak for the entire Joker team when I say how thrilled we are to be working with Senbla and Ollie Rosenblatt on Joker – Live in Concert. I think it’s a wonderful way for audiences to experience Hildur Guðnadóttir‘s haunting and immersive score while bearing witness to Joaquin Phoenix’s descent into madness as Arthur.”

There’s no question the score elevated every moment of Joker. Along with the cinematography, it was the most beautiful and immersive part of the movie besides Joaquin Phoenix’s towering performance. Guðnadóttir crafted a score that perfectly captured the inner life and journey of Arthur Fleck. It’s saddening and haunting until the final track, “Call Me Joker,” which communicated Arthur’s self-discovery in the end amid the riot and fire. It’s a beautiful, unnerving score that made the audience feel more of Arthur’s inner turmoil.