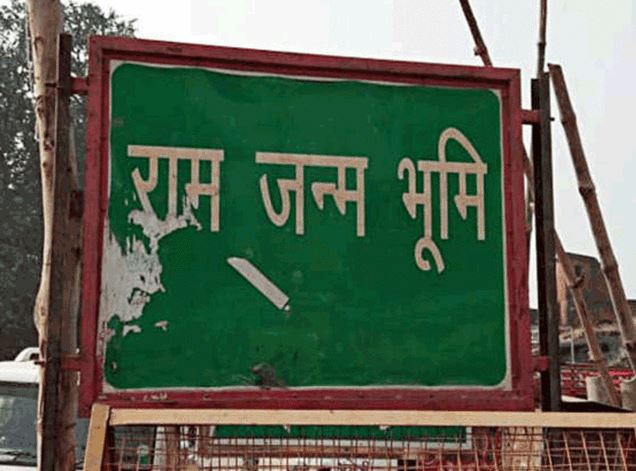 Lucknow: The Uttar Pradesh government Wednesday allotted five acres of land in Ayodhya district to the Sunni Central Waqf Board as directed by the Supreme Court.

The land is in Dhannipur village in tehsil Sohawal in Ayodhya on the Lucknow highway, about 18 kilometres from the district headquarters, state government spokesperson Shrikant Sharma told reporters.

“The state government had sent three alternatives for land to the Centre. This one was accepted by the Centre and state cabinet has approved its allotment. There is good transportation facility to reach here and communal amity and law and order are also good,” Sharma added.

Prime Minister Narendra Modi announced in Lok Sabha the formation of a trust to construct a Ram Temple in Ayodhya as directed by the Supreme Court in its landmark verdict in the Ram Janmabhoomi-Babri Masjid case on November 9 last year.

Making a statement in the lower house soon after the meeting of the Union Cabinet, Modi said, “We have readied a scheme for the development of Ram Temple in Ayodhya. A trust has been formed, it is called ‘Shri Ram Janambhoomi Teertha Kshetra.”

The Supreme Court had directed the government to form the trust within three months and give five acres of land to the Sunni Central Waqf Board. The deadline was ending February 9.