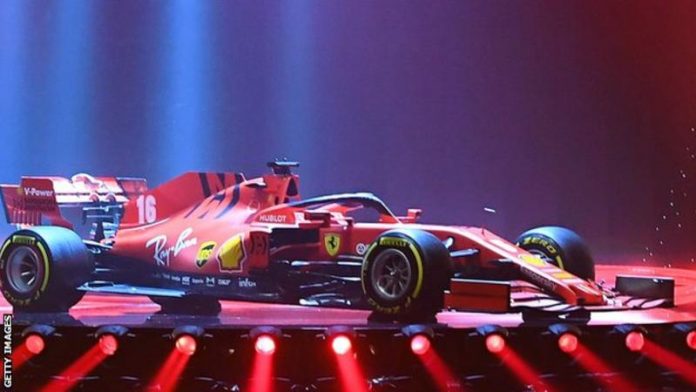 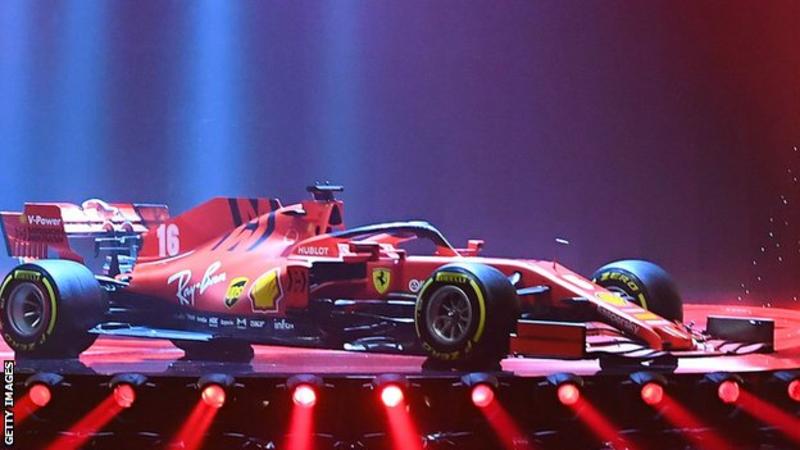 Ferrari have unveiled a 2020 Formula 1 car that team boss Mattia Binotto says takes design to the “extreme” as they seek to challenge for the title.

The Italian team struggled last year, winning only three races as Mercedes dominated, but Binotto hopes they can take a step forward this season.

He said: “It may look similar to last year’s, but it’s completely different.

“We have been as extreme on the concept as we could, to look for the maximum aerodynamic performance first.”

Aerodynamics was the area in which Ferrari lagged most in 2019, their car very fast in a straight line, partly down to the most powerful engine, but also because it lacked downforce compared to Mercedes and Red Bull.

Binotto said this had been a major focus for the new car, which has been called the SF1000, to reflect the fact that Ferrari will celebrate their 1,000th World Championship grand prix this season.

“[We have been] trying to maximise the downforce level, so the car has been packaged to have a very narrow and slim body shape – that is quite visible,” Binotto said.

“We have worked with all the components. The suspension has been designed to have more adaptability on track. We put in a lot of effort to keep the weight down.”

Four-time champion Sebastian Vettel, who starts the season under pressure after being out-performed by team-mate Charles Leclerc last year, said: “A lot of hours have gone into the car. We had the opportunity to see a direct comparison to last year and you can really spot the difference, especially down to packaging at the back. We found some clever solutions to do that.

“It is also a little bit more red than last year, so I think it looks great.

“I think it is a step forward and I hope it feels like that when I drive it. There is a whole team working right now to improve it.”

Despite the tightly packaged rear, attention will also focus on the front wing, where Ferrari have stuck with the philosophy they pursued last year, which differs from that of Mercedes.

It is known as an ‘inboard-loaded’ design, referring to the fact it creates its maximum downforce towards the centre of the wing rather than the edges. This aids in achieving consistent downforce but reduces the maximum load that can be achieved.

Leclerc, who in December signed a new contract with the team until 2024, said: “It is a big challenge but I can’t wait to drive it.

“I prepared physically in the mountains to be first and psychologically my approach is very similar to the past seasons.”

Leclerc scored seven pole positions last year, more than any other driver, and won two races to Vettel’s one, but has repeatedly acknowledged he made too many mistakes in his first season with Ferrari and only his second in F1.

“I try to give my best,” he said. “We worked hard in order develop the best possible car and I have tried to learn from the past mistakes and I want to be a better driver this year.”