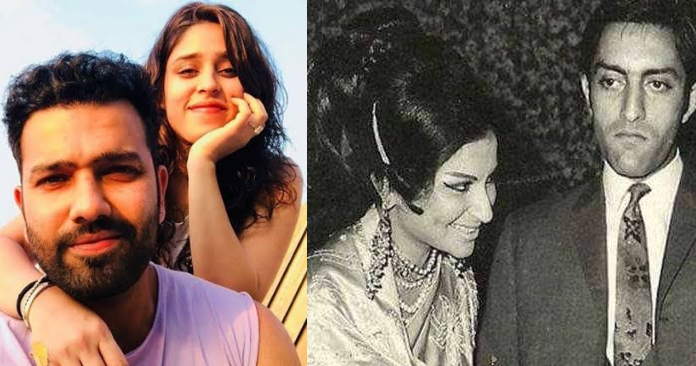 Cricket is extremely popular and the most loved sport in our country. There are millions of people who simply love to watch their favorite players rock on the pitch while they represent their country worldwide. There are uncountable cricket fans but then there are people who simply drool over the cricketers for their dashing personality and sportsmanship.

While commoners are very fond of cricketers, our Bollywood industry is no behind. The connection between Bollywood and cricket has been there for a very long time. And by this, we mean how cricketers have fallen in love with Bollywood divas. While some stories were successful, some weren’t.

But do you know, there are four popular cricketers who went on to marry their diehard fans? Yes, you heard it right!

While Mansoor Ali Khan Pataudi was one of the most famous cricketers of his time, he was also very popular among the females. The royal lad served the nation as the youngest captain of the Indian Cricket team. The entire country was proud of his achievements and he gathered lakhs of fans for the same. Among those was Bollywood beauty Sharmila Tagore who was a diehard fan of this Royal Nawab. Mansoor hailing from a Royal family went on to marry his biggest and diehard fan Sharmila. This was the first-ever Bollywood-cricket Jodi of our country.

Sachin is known as the God of Cricket. In fact, he is synonymous with cricket. The ace cricketer met Anjali who was a doctor and six years older to him. Anjali knew nothing about cricket, however, they eventually fell in love. Anjali then learned lots of cricket and became Sachin’s biggest fan. The couple got married in 1995 and are one of the most successful and popular couples from the cricket world.

Mahendra Singh Dhoni was a former captain of Team India and always maintained a distance from the media. But the diehard lovers of Dhoni always want to know every small detail about him. He was one of the most successful captains in the history of cricket. Not many are aware that Sakshi was a fan of this dashing player. Dhoni incidentally met her in a Taj Bengal hotel in the year 2007 and fell in love with her. The ace cricketer married Sakshi on 4th July 2010 in Dehradun in a lavish ceremony.

He is the match-winner for Team India who has won many matches single-handed for our country. Just like Rohit’s professional life was high, his personal life too was going well. Rohit Sharma married Ritika Sajdeh in the year 2015. Ritika was his manager at that time and also a die-hard fan of this handsome hunk. Rohit fell in love with his manager. The couple is enjoying their marital bliss ever since then and is also blessed with a baby girl.

So, what do you think about these jodis? Which one is your favorite? Tell us in the comments.