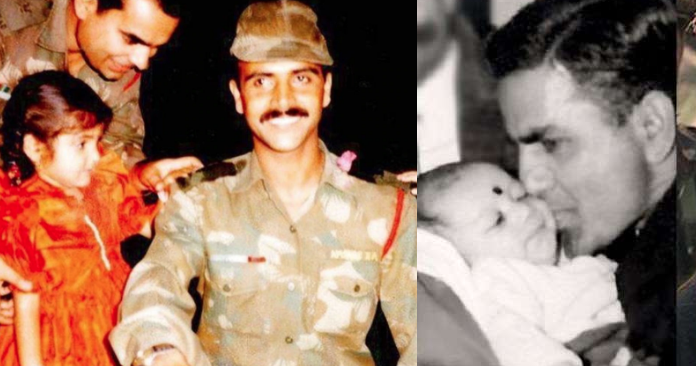 Anushka Sharma is one of the top actresses in Bollywood. She is known for her straight yet funny personality. She always speaks her opinion fearlessly, courtesy her military background.

Anushka’s father, Ajay Kumar, was a major in the Indian Army. She said she had to change schools frequently in childhood and credits her fitness and discipline to her parents. Sharma is working hard and training for the biopic of former Indian cricket team captain Jhulan Goswami.

Ms. Patani is among the most loved and in-demand actresses of the current generation. A lot of people may not know that the hottie, too, has a military connection. Disha’s sister Khushboo Patani serves as a Lieutenant in the Indian Army.

Disha is known for her roles in films like Baaghi 2 and MS
Dhoni biopic. As of now, she is busy promoting Malang with Aditya Roy Kapur and
shooting for Radhe opposite Salman Khan.

Priyanka Chopra Jonas is famous in both Bollywood and Hollywood. The Desi Girl always stays fit and makes sure to complete her commitments in time. She credits her time management skills to her background.

Priyanka’s father Dr. Ashok Chopra, and mother, Dr. Madhu
Akhauri, both have served in the Indian Army. Unfortunately, her father passed
away in 2013 while fighting against Cancer.

Priyanka is enjoying her married life. She was last seen in
Bollywood film ‘The Sky Is Pink’ and will be next seen in ‘The White Tiger’
opposite Rajkumar Rao.

Evergreen Bollywood diva and Miss Universe 1994 Sushmita Sen come from a Military background too.  Her father, Subir Sen, is a former Indian Air Force Wing Commander. Her family background helped her stay focused and is one of the reasons for her success in whatever she does.

Earlier, she also starred in Main Hoon Na with Shah Rukh
Khan, which also had a military connection. Currently, she is not doing films
in Bollywood and is waiting for the right script.

Dimple Queen Preity’s late father, Durganand Zinta, was an
administrator in the Indian armed forces. Unfortunately, she lost her father in
the year 1998 in a car accident. Her elder brother Deepanker is currently
working as a commissioned officer in the armed forces.

After working in multiple hits in the past, Preity is
enjoying her private life and owns the IPL team Kings IX Punjab.

Former Miss Universe Lara Dutta’s father, L K Dutta, is a
retired Wing Commander. Her elder sister Sabrina also serves the Indian Air
Force. Lara is no longer working in Bollywood for many years but has been part
of some good movies in the past.

Former Miss India and Bollywood actress Neha Dhupia’s father
served in the Indian Navy. She studied in Navy Public School and Army Public
School in her childhood. Now she runs and hosts popular show No Filter Neha
after working in many films and reality shows.

Amongst male actors, Akshay Kumar hails from a military
background.

Stay tuned with Desi Humor to read more gossips and interesting facts about your favorite Bollywood celebrities and their films.