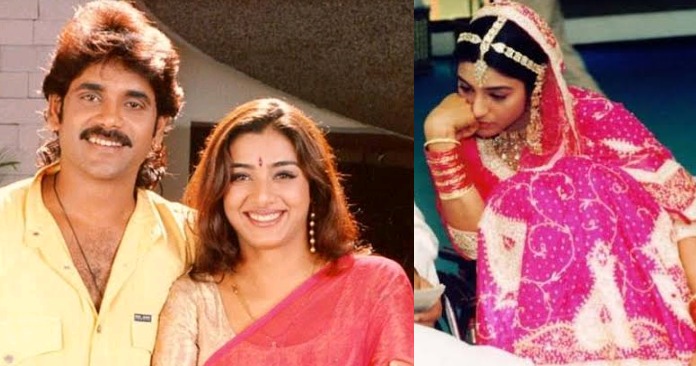 Tabu is one of the finest Bollywood actresses who has gained a huge fan-following in the nation as well as across the borders. For instance, Hollywood star Tom Cruise said Tabu is her favorite Bollywood actress. But if you want to know a little more about your favorite actress Tabu apart from her filmography then read this article.

#1 Tabu real name is Tabassum Hashmi, and her parents divorced when she was a child.

Tabu’s full name is Tabassum Hashmi and she is the daughter of Jamal Hashmi and Rizwana. She was born on Nov. 4, 1971, in Hyderabad, India. Her parents got separated when she was just a child.

#2 She is a pure vegetarian

Tabu is a pure vegetarian in real life despite the character she played in Cheeni Kum. However, her mother cooks tasty Biryani, as per the sources.

#3 Tabu got a lot of nicknames

This is hard to believe that Tabu got dozens of nicknames from her acquaintances. Tabassum is shortened to Tabu but people love to call her ‘Tabs’, ‘Tubs’, ‘Tubby’ and many more. However, most bizarre among them is Tobler and Toblerone.

#4 She has never experimented with her hairstyle

One of the most bizarre facts about Tabu is that she has never experimented with her hairstyles in any of her films despite doing challenging roles and experimenting with her characters.

#5 Tabu has a filmy connection in the industry

She is not a star kid but she got a lot of connections from the Bollywood industry. First of all, Tabu is the niece of veteran actress Shabana Azmi. Her elder sister Farah Naaz also had worked in several Bollywood films like Begunaah, and Baap Numbri Beta Dus Numbri. And Baba Azmi, Indian film cinematographer is Tabu’s uncle.

#6 Tabu is a child artist, she appeared in the film when she was 14

Tabu is a child artist and she appeared in a Bollywood film ‘Bazaar’ when she was just 14. Her first full-fledged role was in Telugu movie titled ‘Coolie No. 1’ opposite South star Venkatesh.

Prem was the first Bollywood movie for Tabu, she was signed opposite Sanjay Kapoor in the film. The film was a big flop at the box office.

Vijaypath starring Ajay Devgn and Tabu was the biggest hit of the year. She won the Filmfare for the best debut award for her awesome performance. In 1996, Tabu went on to give a series of hits like Sajan Chale Sasural, and Jeet.

Talking about awards for her performances, she has won two national awards for her roles in Maachis and Chandni Bar respectively. She also bagged Filmfare for her impactful performances in movies like Virasat, Astitva, Hu Tu Tu, Chandni Bar, etc. She won the IIFA award for her heart-wrenching performance in Chandni Bar. She also received Padma Shri in 2011 for her contribution towards Indian cinema.

#10 Tabu is a philanthropist

Apart from being a good actress, Tabu is a philanthropist as she always been a helping hand to friends, media persons, her well-wishers, and even producers in need. She was busy traveling abroad due to her shooting schedule, but her favorite holiday destination is Mumbai and Hyderabad.

#11 Her affair with co-stars

It is rumored that she was having an intense affair with south actor Nagarjuna and also been very serious with him.
She was rumored to be liking Ajay Devgn more than a friend as Ajay was her brother’s best friend. However, Ajay used to treat her as a good friend. They have been paired in many movies like Haqeeqat, Vijay Path, Golmaal again, and De De Pyaar De.

Some sources reported her affair with Sanjay Dutt as well as long back in time. However, these affairs and linkups were never confirmed.

Tabu is 48 years old and still single. This shows girls can be independent. However, her reason for not getting married is different. Tabu has been in a relationship with South actor Nagarjuna. This love affair continued to blossom for two decades. She went to Hyderabad every Friday and stayed at a 5-star hotel. After breakup and other unsuccessful relationships, Tabu decided to stay single.